While the recovery after COVID-19 crisis is a top priority, the EESC stresses that this should not steer the EU away from its medium and long-term objectives, as outlined in the European Green Deal, 2020 Sustainable Growth Strategy, and the European Pillar for Social Rights. There is a need for a resilient, technology-driven European economy that is defined by the protection of the environment. The EESC underlines that strategies aimed at enhanced economic sustainability need to be developed around productivity, but they cannot be allowed to happen at the expense of workers' rights and social development. The EESC advocates for re-thinking supply chains, underlines that social aspects should be emphasised, start-ups should be encouraged and that the cornerstone of sustainable economic growth in the EU should be the creation and development of a truly circular economy. Open dialogue with social partners and civil society remains key to setting the economic direction.

EESK:s yttrande: Financial aid for Member States and countries still negotiating the terms of their accession to the EU which are seriously affected by a major public health emergency

EESK:s yttrande: A new vision for completing the Economic and Monetary Union (own initiative opinion)

EESK:s yttrande: Towards a more resilient and sustainable European economy (own initiative opinion)

EESK:s yttrande: Common rules for the operation of air services in the Community in view of the COVID-19 pandemic 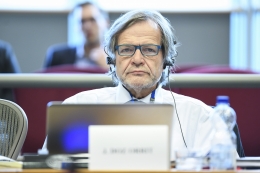