Following an in-depth and rich debate, they present the following conclusions, which reflect full support for an ambitious Conference on the Future of Europe that will deliver tangible results, in order to make the European Union stronger, more future-proof and closer to its citizens. To achieve this, the EU must listen and act upon the messages and proposals of European and national organised civil society. 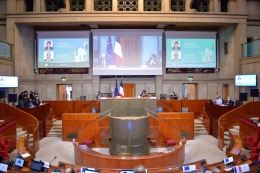 The annual meeting of the EESC and the EU's national Economic and Social Councils stressed the importance of participatory democracy in making the EU stronger and future‑proof and called for real change as a result of the Conference on the Future of Europe.