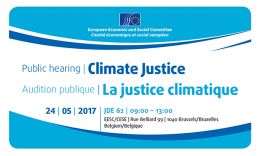 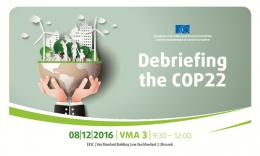 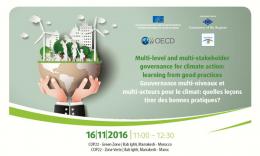 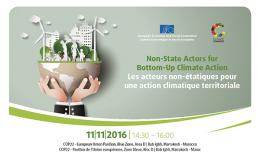 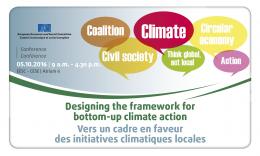 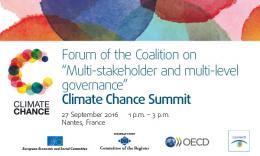 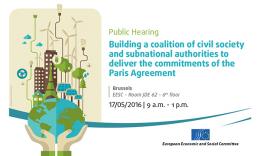 The impact of the conclusions of COP21 on European transport policy

The European Economic and Social Committee (EESC) is currently preparing an own initiative opinion on "The impact of the conclusions of COP21 on European transport policy". A hearing was organized in order to gather relevant views on this issue and shape concrete proposals to inform the EESC's forthcoming opinion. 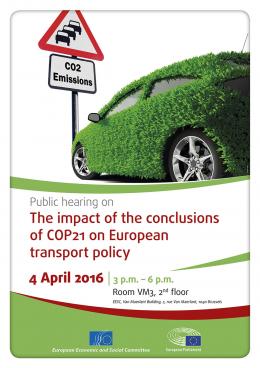 The Energy Union has been identified as one of the ten key priorities of the current European Commission. This ambitious policy programme – with the aim of creating a European energy system that delivers secure, sustainable, competitive and affordable energy to Europe's citizens – has been launched in February 2015 and has already resulted in various policy initiatives. 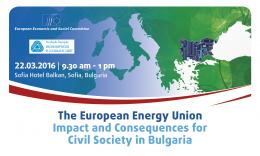