At the annual YEYS 2022 event, students from all over Europe will have their say on disinformation and fake news. The event will take place virtually between 31 March and 1 April 2022.

YEYS 2020 – Students from 33 countries will take part in a European Youth Summit on Climate in Brussels
Press Release
Reference number:
50/2019

Students from 33 different countries will travel to Brussels in March 2020 to take part in a European Youth Summit on Climate. The event is organised by the European Economic and Social Committee (EESC), and will follow the model of a United Nations Climate Change Conference (COP). 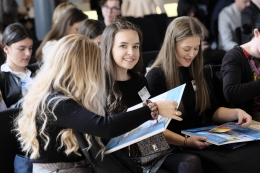 A mandatory syllabus on European politics to increase knowledge of citizens before casting their ballots was the most voted proposal in the 2019 edition of Your Europe, Your Say (YEYS), the youth event organised by the European Economic and Social Committee (EESC) on 21-22 March 2019. This initiative and three other selected proposals, focused on the use of new technologies and social media to increase participation in EU elections, will be sent to the European Parliament for their consideration. 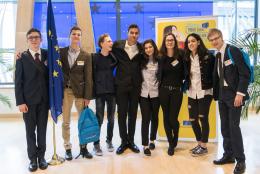 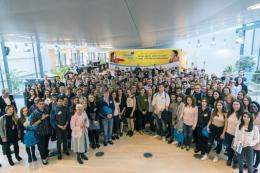 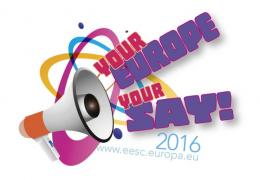 The Commission and the High Representative adopted in October 2022 the Joint communication Youth Action Plan in the European Union external action for 2022-2027, the first-ever policy framework for a strategic partnership with young people around the world to build a more resilient, inclusive and sustainable future. It will help deliver on international commitments, such as the United Nation's 2030 Agenda for Sustainable Development and the Paris Climate Agreement, by enhancing meaningful youth participation and empowerment in the EU's external action policies.