At its first plenary assembly of the year, the EESC adopted an opinion on the European Commission's recommendation for the economic policy of the euro area. The consultative body welcomes the Commission's recommendations on the economic policy of the euro area, strongly supports the Next Generation EU package and urges that the necessary agreements be concluded as soon as possible. However, the recovery from the COVID-19 crisis will only be successful if accompanied by a restructuring of our economy and society, and rebuilding confidence is key to stabilising demand. This can be achieved by:

As previously outlined in October 2020 in two additional opinions on the Annual Sustainable Growth Strategy and on the euro area's economic policy, the EESC calls for a shift towards a more prosperity-focused and solidarity-based form of economic governance. On the one hand, like the Commission, the EESC recommends phasing out supportive fiscal measures only when conditions allow it, in a way that mitigates the social and labour-market impact of the crisis. On the other hand, the EESC urges that the economic governance review process launched by the Commission be resumed as soon as possible. Updated fiscal rules should in any event not take effect until unemployment falls significantly.

The EESC welcomes the Commission's recommendation to raise the level of private and public investment. There is an urgent need to switch to sustainable and green investment, investment in infrastructure and healthcare and investment that creates higher productivity. This is key to achieving recovery in the short term, to boosting competitiveness, to remaining a global economic power and to protecting the well-being of future generations. Spending on the reskilling of workers should also be considered an investment. The EESC recommends adopting a 'golden rule' for public investment, to safeguard productivity and the social and environmental base for future generations: This means removing net investment from the calculation of deficit indicators, explains the rapporteur, Judith Vorbach.

In the EESC's view, further integration of the Single Market should remain a top priority. Improving the business and the social environment must go hand in hand. Initiatives for a more social Europe include - among many others - a proposal for a directive on adequate minimum wages and an action plan to implement the European Pillar of Social Rights. The EESC has also adopted opinions on a European framework directive on a minimum income and European minimum standards in the field of unemployment insurance.

The EU needs effective frameworks to combat tax evasion, aggressive tax planning, money laundering and corruption. The EESC calls for decisive reform of tax policies in order to tackle economic, social and environmental challenges. This includes shifting the tax burden away from labour to tax bases that are less detrimental to labour supply, while also taking into account the related distributional impact, says EESC rapporteur Judith Vorbach. Moreover, the concept of minimum effective taxation of corporate profits and its possible application should be explored. Finally, the EESC calls for substantial progress on introducing new own resources, as outlined in the recovery plan.

On 18 November 2020, the European Commission presented its autumn economic policy package, including the policy recommendation for the euro area and the priorities that Member States should pursue in their Recovery and Resilience Plans. With the opinion adopted on 27 January, the EESC is delivering the contribution of Europe's organised civil society to the ongoing debate. Endorsement of the recommendation by the European Council should take place in March 2021 and adoption by the Economic and Financial Affairs Council on 18 May 2021. 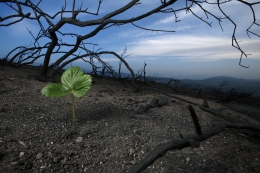