In a context dominated by uncertainty, in which the US dollar remains the dominant currency in financial markets despite the emergence of new global players, the European Commission presented its Communication on The European economic and financial system: fostering openness, strength and resilience, aimed to better enable Europe to play a leading role in the global economic and financial system, while protecting the EU from unfair and abusive practices of third countries and companies based in them. The content of this Communication was analysed in a public hearing organised by the European Economic and Social Committee (EESC) with a view to drawing up an opinion on this matter.

In her keynote speech, Danuta Maria Hübner, Member of the European Parliament and rapporteur for a report on Strengthening the international role of the euro, framed the debate by saying that the international role of the euro remains below its potential, but over the years has become a widely welcomed, used and trusted currency. Ms Hübner also explained that geopolitical shifts and global challenges, including the COVID-19 pandemic, have highlighted the need for an enhanced resilience of the EU's economy and said that a stronger international role for the euro would toned to be supported by a more liquid financial system in the EU, which could also contribute to reduce vulnerability to future crises.

To achieve this, Ms Hübner emphasised on the need to complete Europe's unfinished economic projects: the architecture of the Economic and Monetary Union, in particular the Banking Union, the Capital Markets Union and the economic governance framework, as well as to develop the potential of the Green Deal as a tool to build on the global role of the euro. But she also was clear about the implications of this strategy: The EU has instruments to defend its interests that must be strengthened. But this comes with huge responsibilities:  if we want to become a major global actor we need to conduct credible and reliable regulatory policies.

According to Ms Hübner, the main challenge ahead for the EU in this field is how to use the temporary fiscal instruments put in place during the pandemic to get out of the recession and support the economy: The newly created debt should be gradually phased out over the next decades, also by using new own resources. But the real challenge right now is to have a growth-oriented policy to recover from the crisis, she concluded.

Stefano Palmieri, President of the section for Economic and Monetary Union and Economic and Social Cohesion of the EESC, insisted on the importance to look at the EU as a key global actor together with the United States and China: For this we have two major and unique assets, said Mr Palmieri, our single market and our single currency, the euro; we must cherish and promote both of them. The idea, according to Mr Palmieri, is not to become a rival to the dollar, but to increase the diversification of global reserve and investment portfolios, thus strengthening the stability and resilience of the global financial system. At the same time, this would also help promote and defend the interests of all EU citizens and economic operators around the world.

The position of the Commission on the international role of the euro was presented by Peter Grasmann, Head of the EU/Euro Area Financial System unit in DG FISMA, who confirmed that the overarching objective was not to replace the dollar as a reference currency: The goal is to secure a larger role for the euro, particularly in areas closer to the EU interests", he said. In his view, "a multipolar system would be good for all actors, not only for the EU.

Arnaud Mehl, Advisor at the Directorate General for International and European Relations of the European Central Bank, supported this idea, but stressed that changes cannot happen overnight. He suggested that the euro and the EU could play a major role in promoting green and sustainable finance, which would nurture and boost the EU's international appeal. A digital euro could also help in this process, but there are more fundamental factors for a currency to become international such as reputation, sound policies, depth and liquidity of financial markets.

The current consensus on the need to build up the international role of the euro was highlighted by William De Vijlder, Chief Economist, BNP Paribas: What we do or decide not to do today will have a deep impact on the future; but there are no magical solutions, as US dollar dominates transactions in most areas, and that's difficult to change, he warned. To tackle this, Mr De Vijlder suggested to take many small steps in many areas, such as technology, trade, banking union and capital markets union, making sure that they have an overall positive impact on the role of the euro.

Niclas Poitiers, Research Fellow at the think tank Bruegel, presented a different view: I am not convinced that financial sovereignty is vital for Europe; economic growth is more important because it would also lead to a stronger role of the euro in the international markets. Mr Poitiers also pointed out that the EU should not assume that the United States will always be ready to ensure liquidity in financial markets as it is the case today; if that changes in the future, financial markets would look for alternatives and then the euro could play a larger role.

Apart from enhancing the international role of the euro, the EU resilience to unilateral third-country sanctions as well as the effectiveness of sanctions imposed by the EU itself were also discussed. Alina Nedea, Head of the Sanctions Unit at the Directorate General for Financial Stability, Financial Services and Capital Markets Union of the European Commission, stressed the need to improve and expand the EU's toolbox to tackle extraterritoriality. However, Ms Nedea insisted on the idea that the Commission's communication doesn't go against the United States. We need new defensive and offensive elements in the area of sanctions that could dissuade any third countries from imposing unilateral sanctions in the future and from trying to dictate to our companies what they should do.

Chloé Cina, Director for Global Sanctions & Embargoes at Deutsche Bank, stressed that the enforcement of sanctions is more effective when they are imposed by multilateral stakeholders, as they enjoy more legitimacy and consistency through different jurisdictions. Ms Cina also insisted on the importance of convergence to design sanctions and the need for unity of application within the EU, which could be improved, for example, if the EU provided greater clarity on key issues such as interpretative guidance, licencing and reporting regimes.

This idea was supported by Daniel Gros, Member of the Board and Distinguished Fellow at the think tank CEPS, who said that EU sanctions must be implemented by Member States as if they were a single country. According to Mr Gros, sanctions seem to be the only available tool, as the EU doesn't have hard-power tools, that are becoming more and more important in today's world. However, Mr Gros also recalled that EU sanctions are only effective in the area surrounding the EU: Our sanctions are useful, but we shouldn't be naïve and keep in mind that, if we really want to be economically autonomous, we should not depend on the United States in terms of security either.

At the end of the event, Tomasz Wróblewski, member of the EESC and rapporteur for the upcoming opinion on The European economic and financial system: fostering openness, strength and resilience, summarised the main points of the debate: We need bold and unconventional measures to strengthen the international role of the euro. This will be crucial for setting our economy on a growth path in the post-pandemic world, said Mr Wróblewski.

The hearing was chaired and closed by EESC member Philip von Brockdorff, who explained that the insights from the speakers would feed into the work of the EESC study group on this topic and the text of the opinion, which it is currently drafting. The final opinion, reflecting the consensual views of organised civil society in the EU, is expected to be adopted by the EESC Plenary in June 2021. 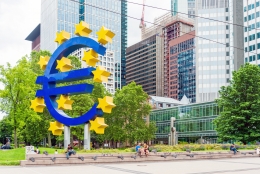