Born in 1983. Lives and works in Marseille and Mexico.

A graduate of the Toulon School of Fine Arts, Elvia Teotski could have worked in the family cheese factory or been a tropical plant specialist, an agricultural engineer, a laboratory biologist, a botanist at the Museum, or any number of things. She became an artist, someone who can be all of this at once and who is more attracted to the plurality of worlds than to the specialised universe of any one discipline. Trained as an agronomist, she floods the space with movement: interdependent life forms settle, and human societies leave their mark.

I pay particular attention to waste and pollutants at the edges of human activity, such as agricultural or marine [waste], which means looking closely at the waste, its transformation, the possibility of recycling this waste and the difficult recovery of this waste today.

Molusma is an installation composed of a group of sculptures made of adobe, partly produced during a community volunteer project run by Association TERRE. The earth bricks were made using stranded seaweed as a binder, earth recovered from building sites and beach litter. Altogether they are part of complex constructions through which the discarded materials – considered useless or invasive – have their value reinstated.

Implementing a technique used in ancient Egypt to construct the Nubian vaults, Elvia Teotski assembled the bricks into sculptural elements in transitory states. As the bricks absorb the ambient humidity, they become substrates for mould or shrink as they dry, thus altering the precarious equilibrium. Locusts nest in the interstices of these constructions. The introduction of locusts, themselves a low-cost protein source for both humans and non-humans, is a speculative proposition regarding alternatives to intensive livestock farming, in a region where large concentrations of chickens and pigs contribute significant amounts of nitrogenous effluent into the groundwater. In creating a space where the public is welcomed into organic installations inhabited by insects, Elvia Teotski poses the questions: what is harmful and what is useful, who is protected from whom, and what cohabitations are possible, including within an exhibition space. 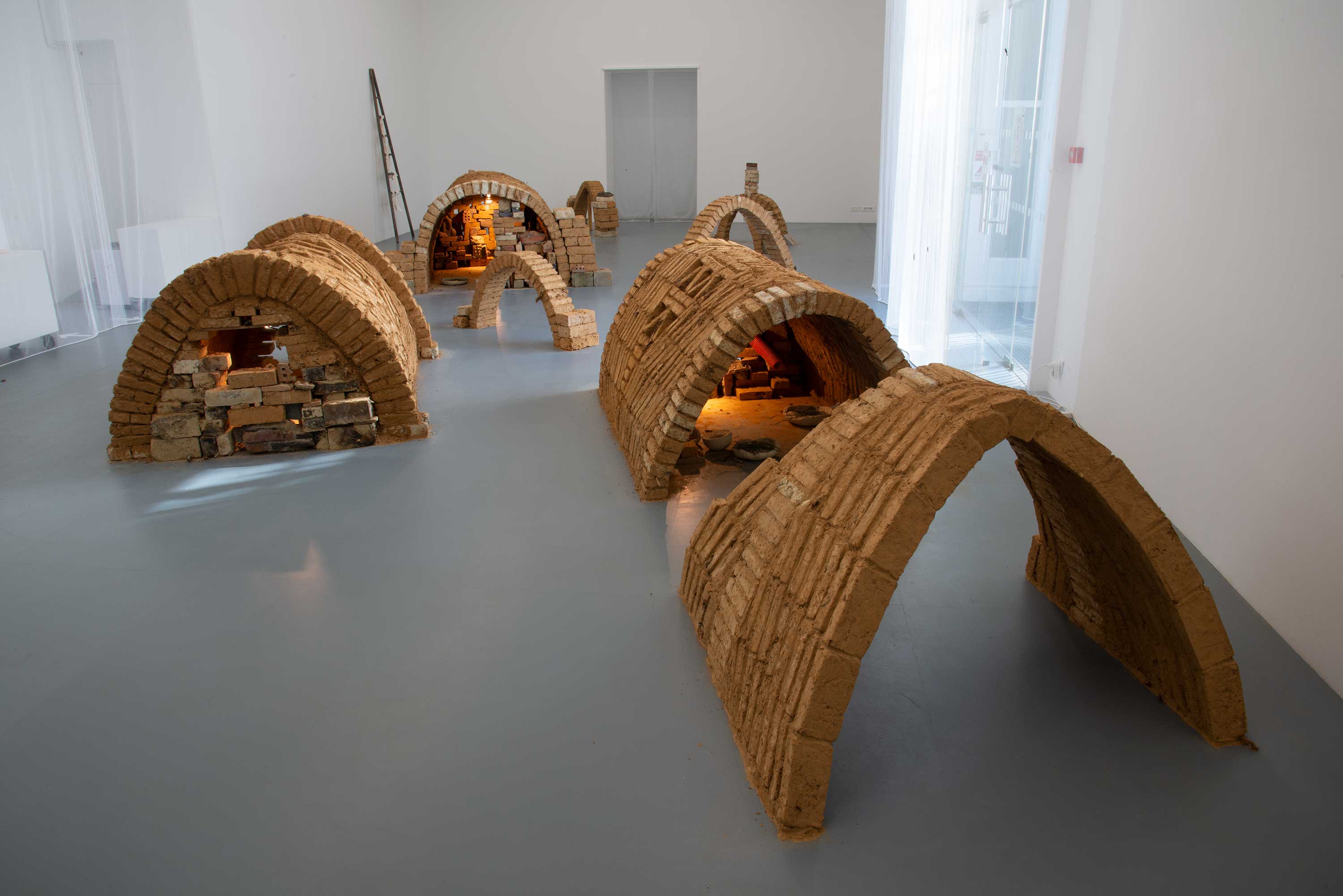