The European Economic and Social Committee (EESC) adopted a resolution pointing out that organised civil society organisations can offer an invaluable contribution to the national recovery and resilience plans and must have a voice in this process.

The National Recovery and Resilience Plans (NRRPs) would be more efficient and effective if organised civil society organisations were involved more quickly and more extensively. This is the key message of the Resolution on the Involvement of Organised Civil Society in the National Recovery and Resilience Plans – What works and what does not?, adopted at the EESC February plenary session and presented during a debate with Christa Schweng, EESC president and Johannes Hahn, European Commissioner for budget and administration.

Commenting on the result, Ms Schweng said: This resolution analysing a wide variety of economical and societal aspects allows us to send a strong signal that the involvement of organised civil society is key. The recovery plans need to deliver to really support the recovery from the current crisis and a fair and just green and digital transition. As a second step, once the funds are operational, EESC members are very well placed to assess whether the money is being spent in an effective way and is reaching businesses, workers, and civil society organisations in need.

For his part, Mr Hahn said that rules were in place, and that the Commission would keep insisting on stakeholder involvement in these reform processes: The Recovery and Resilience Facility (RRF) regulation encourages broad consultations, strong interactions, and communication with local and regional authorities at all stages of the implementation. This will generate real ownership of the plans, facilitating their successful implementation. More specifically, Member States need to inform us how your input as civil society representatives is reflected in the plan.

The Resolution was drafted by EESC members Gonçalo Lobo Xavier (Employers Group), Javier Doz Orrit (Workers Group) and Luca Jahier (Diversity Europe Group). They coordinated the work of 27 delegations each with three members, which are monitoring the involvement of organised civil society in the drafting, implementation and assessment of the NRRPs.

Speaking during the debate, Mr Jahier warned that Despite the efforts of the Commission and the European Parliament and the RRF regulation, civil society participation is insufficient in many countries. The EESC calls for this to be rectified, both now and in the monitoring and implementation phase.

On the same page was Mr Lobo Xavier, who stated: Involving civil society in recovery plans is not EESC rhetoric or stubbornness. It is a necessity to ensure that the real challenges of public health and economic and social recovery are at the centre of growth decisions and policies.

Finally, Mr Doz Orrit stressed: Investments in the green economy and digitisation and in the just transitions must be geared towards a change in the production model, with more socially cohesive societies, and towards convergence between states.

By adopting this Resolution, the Committee is sending a strong signal about the importance of involving organised civil society organisations in the recovery and resilience work, and providing a common input into the Spring European Council to take place on 25-26 March 2021.

In the future, in the next stages of the Next Generations EU programme, when the implementation of the NRRPs and their impact on the economy and society of the Member States will have to be assessed, civil society organisations will have to be consulted again.

The way the EU responds to the COVID-19 crisis, the meaning of the Recovery Plan, how it is financed and also the capacity to involve civil society in its implementation, has the potential to become a watershed moment in the European venture. It could mean moving from an obvious political crisis to a profound and positive step forward in the process of European integration.

However, for this to happen, the implementation of the Plan must succeed in its objectives. The EU has a lot at stake. And the participation of civil society can greatly contribute to its success.

"Member States are working hard, but there is still a lot to do before national plans are ready," says Valdis Dombrovskis at the EESC plenary
Reference number:
17/2021

In a debate at the EESC plenary session on 25 March, the Executive Vice-President of the European Commission for an Economy that Works for People, Valdis Dombrovskis said that most of the national recovery and resilience plans (RRPs) are still at an early stage and that "there is still a lot of work to do before the plans are mature enough". He also stressed that trade policy has a key role to play in getting the EU economy back on track. 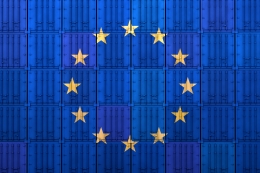 The EESC calls for real involvement of organised civil society in the implementation phase of the National Recovery and Resilience Plans
Reference number:
26/2021