Final conclusions of the conference 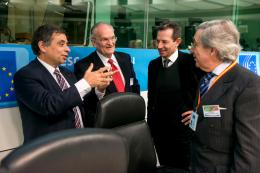 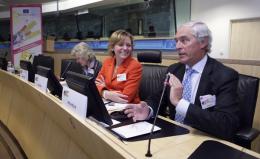 For the fourth year running, the European Economic and Social Committee (EESC) is offering an unique opportunity for secondary schools from across Europe to come to Brussels to debate, negotiate, stand up for their beliefs and try to find a consensus in a simulated plenary session. 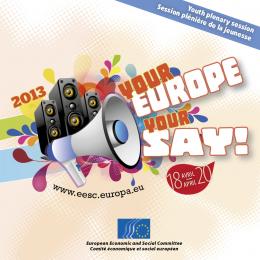 Europe's youth is its future. However, many young people do not have a job or lack the appropriate skills. The problems experienced by young people on the labour market are structural in nature and have been apparent for many years, even before the onset of the current crisis. The economic crisis, which we have been experiencing since 2008, has exacerbated the problems of young people. Unemployment in the 15-24 age group is more than twice as high as for the economically active population as a whole and nearly three times as high as among economically active adults.

Related links:
Articles 138 &amp; 139 Treaty on European CommunityCode of conduct in the leather and tanning sectorCode of conductCommunication from the Commission, Partnership for change in an enlarged Europe - Enhancing the contribution of European social dialogue, COM (2004)557, 12. August 2004
Speeches and Presentations
Downloads: