Fear, resilience, and then? 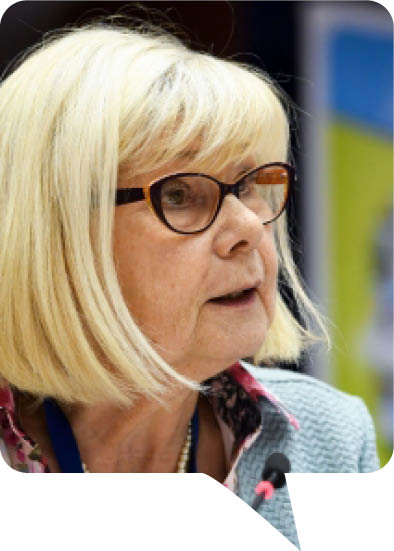 First, fear and astonishment
Fear, real fear. A fear that has brought everything to a halt ... which – with the evening death toll – makes you fear for your dear ones, the young, the old and the vulnerable. A fear that reminds you that the shadows are circling, that they are waiting ...
Astonishment at the lack of preparedeness of the French public health services and of the medical profession on the front line with the public behind the lines, all of them lacking basic resources for protecting themselves and caring for others. Astonishment too at the capacity of a country like France, including its overseas territories, to cease all signs of human activity and empty towns and schools after a winter of legitimate social discontent on the streets.
The world, more globalised than it ever was due to the pandemic, with the lockdown then became fragmented into a multitude of individuals doing no more than living alongside one another, yet separately. The pandemic has widened all disparities.

The return of the State
Public services, particularly health services, have the task of ensuring that life wins out. Gradually they have obtained the necessary logistical support, accompanied by some measures that were just for show, such as the transfer of patients by train or helicopter, while private clinics that had declared their willingness to help had not even been asked for such help.
The State has given assistance to vital national utilities whose task it is to preserve life, secure supplies, ensure cleaning, etc.
But their employees are encountering very different situations as regards protection against the virus, and they have not been systematically recompensed for their extra efforts.

Then resilience
Resilience has come to the fore thanks to links – both essential and social – such as those between teachers and their pupils, via networks, on the telephone, radio and TV, and via other media. It was necessary to fill the time, manage time and work. At 8 every evening, the public – from their windows and doorsteps – applauded the medical staff to whom the State had not given the full recognition that had been expected.
Employees have re-discovered their own capacity for innovation. Teleworking, which had sometimes been denied to some, has spread at great speed. Parents, especially mothers, have had to take on two professions: their own, and that of teacher.
The trade unions' role as intermediaries between employees, employers and government has restored their legitimacy in the country. It is hoped that they will not only be listened to, but above all heard.

Europe
The European Union, thanks to the Commission’s initial statements, has also astonished people!
The rescue plan that has been announced is much more than a Marshall Plan. A blast of recovery for Europe! But governments and Parliament were quick to find reasons for procrastination - of which we are all aware.
However, many small businesses — with few employees and very little funds — have already gone under in the country: small restaurants sold at a loss, young people who had just started out in the world of work .... The banks were not there for them. Employees have the right to partial unemployment benefits until September, but what will happen afterwards? Large companies, such as Air France-KLM, Airbus and many others, despite aid by the relevant States (the former received EUR 7 billion from the Netherlands and France), have laid off their employees. It is a scandal. All this when 700 000 young people will be arriving on the labour market after the summer.

The day after?
It is beginning to look more and more like the day before! Firstly, because the virus is still in circulation. Secondly, because the reforms that were already under way 'before', will come back 'afterwards', while the world of work in France does not want any of it. The government is assuring the public that taxation will not be used to pay for the 13% drop in GDP, but this summer's litany of redundancies and price increases is never-ending, be it in the energy, transport, fruit and vegetables sectors, etc.
In view of the lessons from the crisis, the way work is organised will change. Teleworking, platform work and videoconferencing all call for regulations that do not yet exist. After resilience, vigilance is the order of the day. Will the crisis reveal that those who are the strongest in economic terms always come out better and those with the least resources suffer more and more? In the Paris region, the poorest district is the one where there have been the most cases of the virus. Sadly, what is really new here?