EESC opinion: Shaping the EU agenda for disability rights 2020-2030: a contribution from the European Economic and Social Committee (own-initiative opinion) 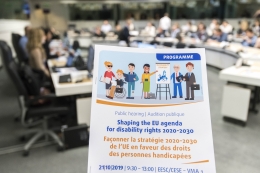