Towards a fair, inclusive and sustainable food supply chain

Presentation by Giulia Tarsitano - Towards a fair, inclusive and sustainable food supply chain

Improving the sustainability of the European food supply chain

35 years of European Food Banks Federation: preventing food waste for the people, for the planet

What can we do to make change happen?

Presentation by Aleš Kuhar - What can we do to make change happen? 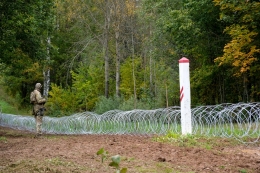 Statement by
Christa Schweng
Organisation:
President of the European Economic and Social Committee

This year marks the 70th anniversary of the Geneva Convention of 1951, which shaped the concept of asylum for Europe and was later extended on a global scale with the New York Protocol of 1967: both legal instruments are obligatory and generate responsibilities for the countries that have signed them, including the 27 EU states.

Annual meeting of the Economic and Social Councils of the EU

Connecting EU 2021 seminar. "What kind of Europe do you dream of? Civil society and the CoFoE"