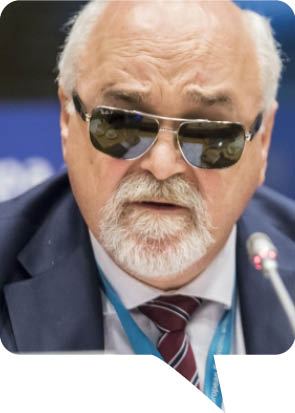 Ioannis Vardakastanis, Vice-President of the EESC's Group III, Diversity Europe, in his capacity as president of the European Disability Forum (EDF), has been extremely active in advocating for the rights of persons with disabilities and their families during the COVID-19 crisis.