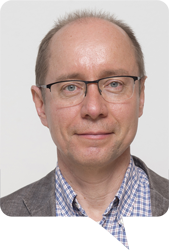 Like every other country in the European Union, Finland has also experienced the impact of the coronavirus crisis, leading to an unprecedented health and economic shock. The exceptional situation, though, goes beyond the control of any single EU Member State and it has become clear that cooperation is needed now more than ever to heal the economic damage we have suffered.

Finland’s main market and its exports rely heavily on investment goods, so the country's healing from the corona crisis and the possibility of saving jobs are very closely linked to the EU’s recovery, according to a report published in June 2020 by different Finnish labour and trade union confederations. One such organisation is Akava, the Confederation of Unions for Professional and Managerial Staff, based in Helsinki, Finland, whose motto through this crisis has been to watch over the shared financial, professional, educational and other social interests of its members in such an unprecedented situation.

This confederation, which can be seen as a trade union for those with a university, professional or other high-level education, also stated that the Finnish government must support the European Commission's recovery fund proposal and take a constructive approach to these EU fund negotiations, focusing on areas such as green growth and the digital transition.

Among its activities, some Finnish social partners such as the Finnish Confederation of Professionals STTK and Akava were involved in drafting several proposals aimed at easing the situation of companies hit by the corona crisis. These central labour market organisations submitted a proposal to the Finnish government on the measures needed to reduce employment costs, to make labour legislation more flexible and to improve social security for workers who have become unemployed or have been laid off. These proposals included temporarily reducing employers' pension contributions by EUR 910 million, postponing the payment of earnings-related insurance contributions, temporarily increasing labour law flexibility for the private sector until 31 December 2020 and improving income security for those who are laid off or unemployed, also until the end of last year.

A few more facts and figures about Akava:

According to Akava's latest figures, our organisation has 36 affiliates, with a total of 611 000 unionised members, who are employees, entrepreneurs or self-employed professionals in either the public or private sector. The confederation watches over the shared financial, professional, educational and other social interests of its members, as well as safeguarding their status and prestige in society. It is politically unaffiliated and independent of any political party.

The confederation's main tasks include generally watching over its members' interests in society. Akava lobbies decision-makers in the fields of taxation, labour, education and social policy, among others. This lobbying is supported by research and training, as well as local, regional and national activity and publicity work. Akava's representative is also a member of the European Economic and Social Committee.