At a meeting with journalists on 30 June 2022, attended by Sabine Verhest from "La Libre Belgique", Lorenzo Robustelli and Federico Baccini from Eunews.it, EESC members, Veselin Mitov, Marcin Nowacki, Kinga Joó, Andris Gobiņš shared testimonies of the activities of their organisations supporting Ukrainian civil society by providing vital assistance to them.

Since the beginning of the Russian invasion of Ukraine, the EESC, its members and their organisations reacted quickly to this unprovoked aggression, offering humanitarian, logistical and medical assistance, as well as support for Ukrainians and their families to adapt into the new reality.

Civil society organisations, companies, NGOs, citizens and societies were mobilised by our members back in their Member States to provide assistance to Ukrainian people, with affection creating for Ukrainians a feeling of warm welcome and security. 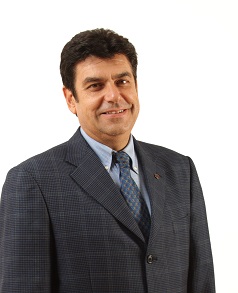 Maintaining the function of the EU-Ukraine Civil Society Platform is of outmost importance. Keeping the links and channels of communication open with the Ukrainian counterparts is crucial for the country and its people.

In the joint declaration adopted on 20 April 2022, the Civil Society Platform members express their commitment to support Ukraine and provide the necessary assistance. They also advice for the implementation of this declaration regarding human rights and the rule of law, Ukraine's integration into the EU, political dialogue and foreign policy. They insist on the importance of the regional development and cross-border cooperation, the economic, social, digital, environmental and educational infrastructure of Ukraine.

At a national level, Bulgaria welcomed the Ukrainian refugees by adjusting accommodation infrastructure to their needs. The language similarities between the two nations helped children adjusting faster at school as they connected socially with their peers, in a friendly environment. The social integration of the refugees through employment has been successful, as they were offered many employment opportunities due to the chronic shortage of labour in Bulgaria. Approximately 15% of the refugees are now officially employed in SMEs, while the number is expected to rise. 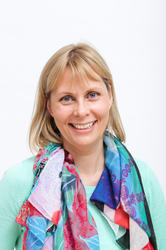 More than 700,000 Ukrainian refugees have crossed the Hungarian borders. The government in cooperation with NGOs, local authorities, political parties, initiatives and civil society managed to establish helping centres at every border station. They take immediate action on helping refugees by providing first basic needs and allowances. Micro donations from civil initiatives overpassed the 1 billion HUF in value within the first 45 days.

The NOE has been working with the National Humanitarian Coordination Council to help families and children, turning an international athletic hall into a refugee centre in less than 48 hours. The "all in one spot" services and the "kids' corner" provide all sorts of services, from the asylum process to social and medical assistance on a seven days a week.

The new school year will include special courses based on Ukrainian curricula providing a familiar schooling environment, so that no Ukrainian child is left behind. Extra curricula activities are also included with Ukrainian teachers to help them adjust and adapt to the current conditions. 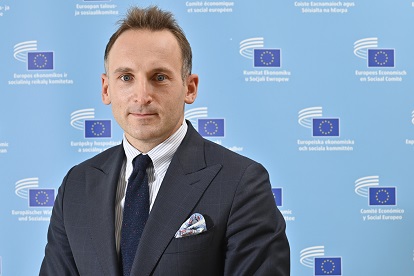 The business sector in Poland is in close cooperation with Ukrainian government, think tanks, hospitals and the military forces to cover their needs on pharmaceutical and medical products. Coordinated convoys deliver on demand advanced medical equipment (e.g. special military first aid kits) and medical supplies directly on the spot.

The Union of Entrepreneurs and Employers puts a lot of effort in assisting with the relocation of Ukrainian companies, as it is urgent for them to maintain their operation and production line. Among many, an architecture company of 40 people based in Kyiv has been recently relocated in Poland.

In addition, the Union collaborates with the Ukrainian Chamber of Commerce and industry in order to provide the legislative framework for Ukrainian companies to enter the Polish market. It also helps them establish a network of partners or even build new partnerships, pushing for financial support.

Rebuilding the Ukrainian economy is a long process that needs to take place now to prevent total destruction. Companies, SMEs, enterprises need to survive this crisis and be kept fully operational. 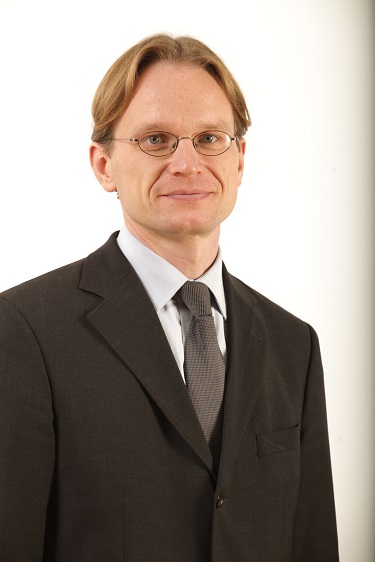 "Democracy has to protect itself "

The European Movement is working mainly on two directions: on the communication strategy and the role of the Ukrainian civil society in the state transformation process.

Communication strategy: Channelling information flows on the war situation into the right directions is crucial on the fight against fake news, a fast-growing phenomenon infecting people in all EU countries. Combatting disinformation, mainly as a result of the Russian propaganda, requires big efforts and firm measures put in practice. The case in Latvia, with 30% Russian speaking population, demonstrates how difficult is to fight fake news and reach out to Russian speaking citizens, when Russian propaganda is streamlined directly to news, television shows and the press. Democracy has to protect itself. Hate speech should have no space in the social dialogue and media platforms, while dissemination of fake news has to stop.

The key in rebuilding the cohesion of the Ukrainian society is synergy. Civil society organisations from stakeholders, trade unions, the business sector, the academia must work together, so that they all have a say, represented on an equal footing, in the social and economic reconstruction of Ukraine.