Doz Orrit, President of the Study Group for "Taxation of the sharing economy", European Economic and Social Committee (EESC)

Javier Doz Orrit was born in Madrid in 1951. Since 2015 he is Counsellor of the European Economic and Social Committee (EESC) and belongs to Economic and Monetary Union and Economic and Social Cohesion Section (ECO) and External Relations Section (REX). From 2013 he is attached to the General Secretary of the Spanish trade union center (CC.OO.). Javier holds a Degree in Mathematics from Complutense University of Madrid (UCM) and is professor of mathematics. His main areas of activity have been education and confederal trade union development. He was a General Secretary of CC.OO.’s Federation of Education (1977-1989); Member of the Social Council of UCM (1986-1991) and a Deputy Member at the Parliament of the Autonomous Region of Madrid (1991-1995). At the confederal trade union level Javier Doz Orrit has held positions as a Secretary of Communication (1997-2000) and a Member of Executive Committee of CC. OO., as well as a Secretary of International Relations (2000-2013). He has been nominated to the post of President of the foundations of CC.OO.: First May (2013-2015) and Peace and Solidarity (2000-2011). At European and international level, he has been a member of the international governing bodies of FIPESO, CMOPE (Education: 1977-1989) and of the ETUC, ICFTU, ITUC and TUAC (2000-2013). Member of the delegations of Spain to the ILC of ILO and WTO Ministerial Conferences, and trade union delegations to the annual meetings of the IMF, WB, OECD and G20 (2000-2013). During the years he has published numerous articles and two books about education, training, economy, trade unionism and politics.

Joost van Iersel, President of the Section for Economic and Monetary Union and Economic and Social Cohesion (ECO), EESC

Joost P. van Iersel began his professional career in 1967 as a civil servant in the Dutch Ministry of Economic Affairs. Subsequently he was general secretary of a Dutch employers' association. From 1979 until 1994 Mr van Iersel was a Member of Parliament (Christian Democrats), where he focused on trade and industry and EC matters, and also served as president of the Dutch European Movement. From 1992 until 2002 he was chairman of the Chamber of Commerce of The Hague, where he took a particular interest in regional infrastructure and spatial development in the Randstad (the densely populated region in the west of the country). Mr van Iersel has served on the supervisory board of several companies and social organisations. He has been a member of the European Economic and Social Committee (EESC) since 2002. From 2006 until 2010 he chaired the EESC Consultative Committee on Industrial Change. He subsequently chaired the EESC steering committee on Europe 2020. Since April 2013 Mr van Iersel has chaired the EESC's Section for Economic and Monetary Union and Economic and Social Cohesion. His main areas of interest as a rapporteur on the EESC are industrial and sector policies, (European) metropolitan areas and good EU governance. Mr van Iersel lectures and writes articles on political economy and Europe. 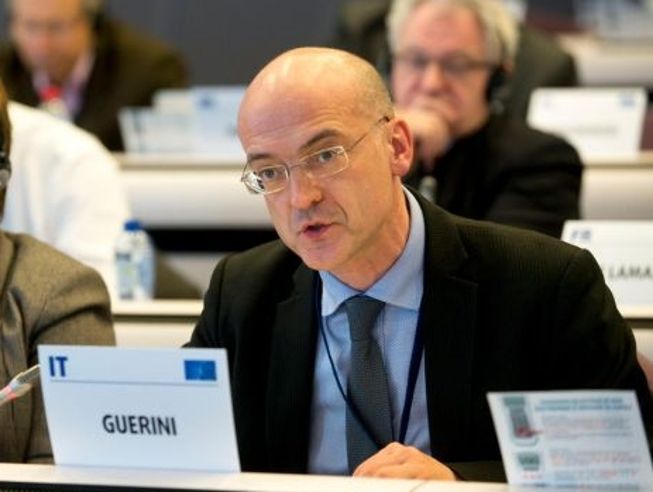 Giuseppe Guerini, rapporteur for the EESC exploratory opinion on "Taxation of the sharing economy" EESC

Giuseppe Guerini, member of the EESC since September 2010, has been dealing in particular with the social economy and social enterprises, employment and labor and finance for SMEs and social enterprises. More recently, some dossiers in tax matters with particular attention to VAT and taxation issues for new forms of economy. He has been a social entrepreneur since 1988, when he started working as a base operator in a then cooperative of social solidarity. He subsequently had executive roles in several cooperatives and is now President of the Ecosviluppo cooperative in Bergamo, a major work-insetion for defavorised worker with the management of environmental hygiene and waste services. His many years of experience in social cooperation enabled him to work as a trainer with, the Catholic University of the Sacred Heart of Milan and the University of Bergamo, as well as with important training centres and is the author of numerous publications on social policies and job placement of disadvantaged people. Giuseppe Guerini has been an administrator in many social cooperatives and consortia and in a Cooperative Credit Bank. For 4 years he was a member of the Board of Directors of Banca Popolare di Bergamo of the UBI Group. He is a member of the board of directors of the AICCON Center of the University of Bologna. From 2012 to 2015, he was chairman of the Entrepreneurial & Territory Unit Committee, which brings together 10 small and medium-sized enterprise associations in the province of Bergamo. Since 2010, he has been a national president of Federsolidarietà-Confcooperative (association representing 6,200 social cooperatives, social enterprises). Giuseppe has been a member of the European Commission's Social Economy Experts Group (GECES) for the period 2012-2014. In June 2016, the European Confederation of Industrial Cooperatives and Social Cooperatives was elected to preside the CECOP-CICOPA Europa, representing some 50,000 companies with more than 1.3 million workers in Europe. 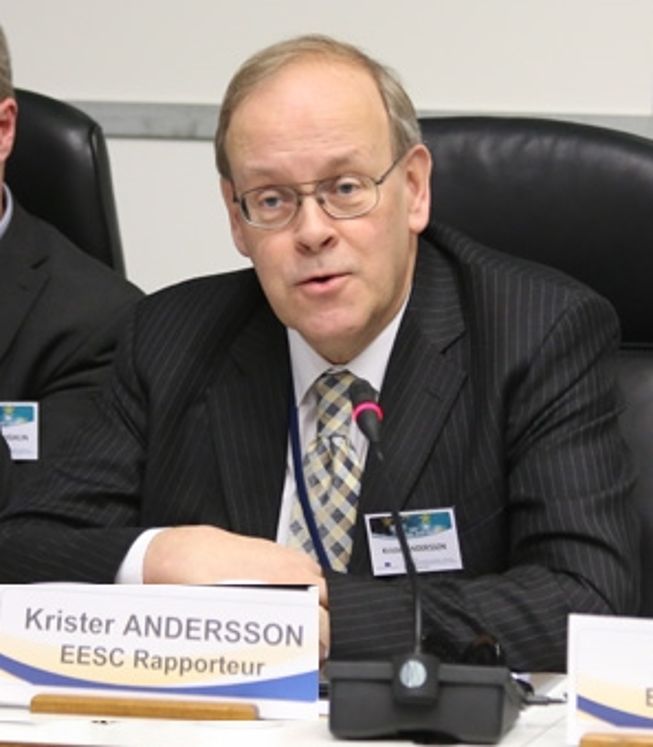 Krister Andersson, co-rapporteur for the EESC exploratory opinion on "Taxation of the sharing economy"

Krister Andersson is a Swedish national, born in 1956. He has been a Member of the European Economic and Social Committee (EESC) since 2015. He is the Chairman of the Tax Policy Group of BusinessEurope and the Vice chairman with responsibility for Tax Policy in the Business Industry Advisory Committee to the OECD (BIAC). He has served as vice chair of the International Chamber of Commerce (ICC) Tax Commission. Since 2013 he has been a member of the European Commission’s Platform for Tax Good Governance which assists the Commission in developing initiatives to promote good governance in tax matters in third countries, to tackle aggressive tax planning and to identify and address double taxation. Mr Andersson is associate professor in Economics at Lund University. He is a member of the Permanent Scientific Committee (PSC) of the International Fiscal Association, IFA, which comprises more than 12,500 tax professionals in the public and private sectors from 111 countries. Between 1999-2008 he was a board member of the Swedish National Tax Authority, and between 2008-2016 a member of its Advisory Board. Between 1991-1996, he was Chief Economist of Sveriges Riksbank, the Swedish central bank. He worked for several years for the IMF in Washington, D.C. with country surveillance, economic analysis and technical assistance to governments on taxation issues. Mr Andersson has over the years contributed to many books in Economics, Monetary Policy and Fiscal policy and is the author of numerous articles in professional journals and in newspapers. He is a member of the editorial board for World Tax Journal, IBFD. 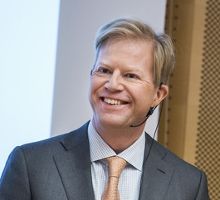 Mårten Blix, economist, author and lecturer, is working at the Research Institute of Industrial Economics, an academic institution in Stockholm, Sweden. He has more than 15 years of experience from senior management positions in policy institutions: the Ministry of Finance, the Ministry of Industry and the Riksbank. Mårten have also been seconded to the Prime Minister's Office as secretary in the Commission for the the Future of Sweden. Previously he have been chief economist at the Ministry of Industry and held several senior positions at the Riksbank (the Swedish Central Bank) and the ECB (European Central bank). Mårten have a PhD in Economics from Stockholm University and an MSc/BSc in Econometrics and Mathematical Economics from the London School of Economics.

Peter Hongler, Researcher at IBFD on the Sharing Economy (Netherlands) 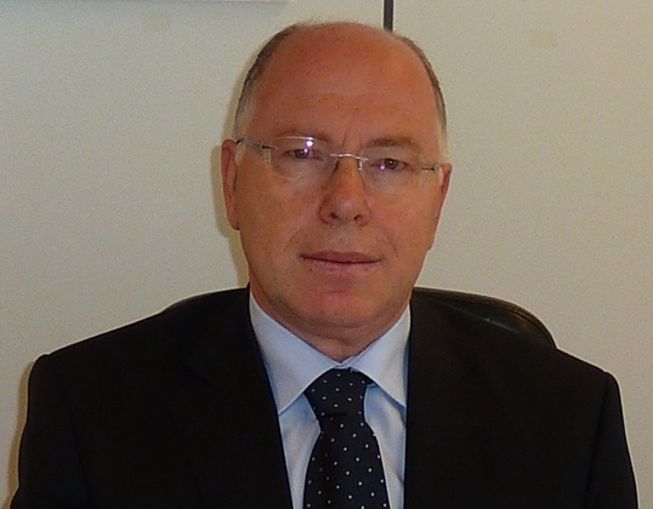 Donato Raponi joined the European Commission in 1980, he is currently Adviser for Indirect Taxes and Tax Administration. He worked in the Budget, Internal Market and Taxation Directorates. In the area of taxation policy he served in different posts, e.g. administrator, assistant to the Director, deputy Head of the VAT Unit, Head of the Unit dealing with excise duties, environment, transport and energy duties, Head of tax administration and fight against tax fraud Unit and Head of VAT Unit. Donato Raponi holds a Masters degree in European tax law (droit fiscal européen approfondi) and Bachelor in Economics. He is professor of European Tax Law at ESSF (Ecole supérieure des sciences fiscales, Brussels).He is Co-Author of the book “Arriva l’euro” (Carmenta Editor) and numerous articles in tax matters. 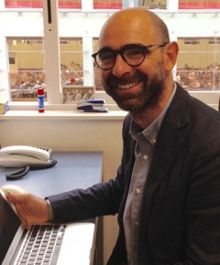 Guido Smorto is Full Professor of Comparative law at University of Palermo (Italy), where he also teaches Economic analysis of law, and Member of Dimmons at IN3 “Internet interdisciplinary studies” at UOC (Barcelona - Spain). As International Visiting Professor he taught in U.S.A. (Fordham School of Law – New York), Japan (Nagoya University) and was "Professore Visitante" in Brazil (Universidade Oeste de Santa Catarina). His last articles focus on collaborative economy, commons-based peer production and peer-to-peer markets. On these topics, beside scholarly works and non academic articles, he published a Report on behalf of EU Commission and a Research paper for the EU Parliament, and contributed as an expert to the 2017 EP Resolution on the collaborative economy. 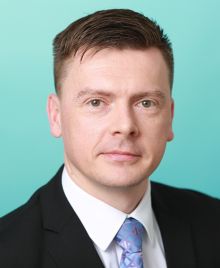 Dmitri Jegorov serves at the Estonian Ministry of Finance in capacity of Deputy Secretary-General for tax and customs policy since August 2014. At the ministry, he is responsible for the work of departments of tax policy and of customs and excise policy and provides for a liaison between the ministry and the tax administration. He is also responsible for the tax and customs program of the Estonian presidency in the EU Council. Prior to his work at the ministry, for nearly a decade, Dmitri worked for Estonia’s tax administration and, after the merger of the two authorities, for the joint tax and customs board. There he occupied various positions from head of direct taxes division to deputy director-general for core processes, dealing both with tax and customs matters from service to criminal investigation. Before joining the civil service, Dmitri worked as a corporate finance consultant for KPMG. Dmitri holds an MA degree in Economics from University of Tartu in Estonia. He has also undertaken doctoral studies at the Norwegian School of Economics NHH in Bergen, where he focused on studying taxpayers’ attitudes and behaviors in relation to earmarked taxes.