70 years anniversary of the Schuman Declaration

In addition to Europe Day, the 9th of May 2020 also marks 70 years of the Schuman Declaration.

70 years ago, on 9 May 1950, Robert Schuman made a statement calling for solidarity between France and Germany. You can find out more about the Schuman Declaration and its lasting impact below.

“If peace is to have a chance there must first of all be a Europe”
Read the Declaration of Schuman pronounced on 9th May 1950. (Download avaible here) 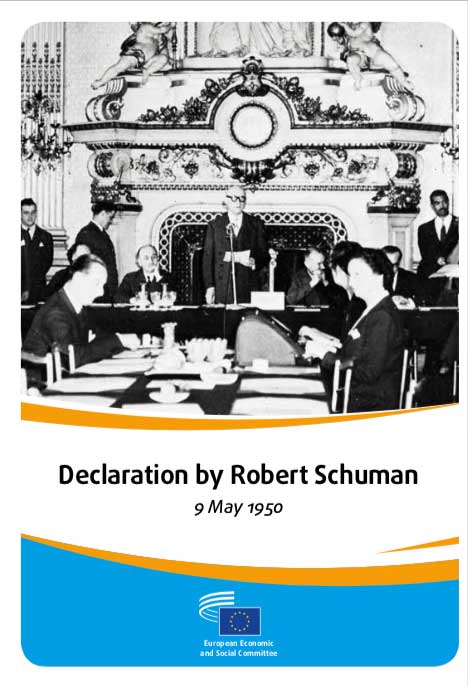 Find out more about this historical event. 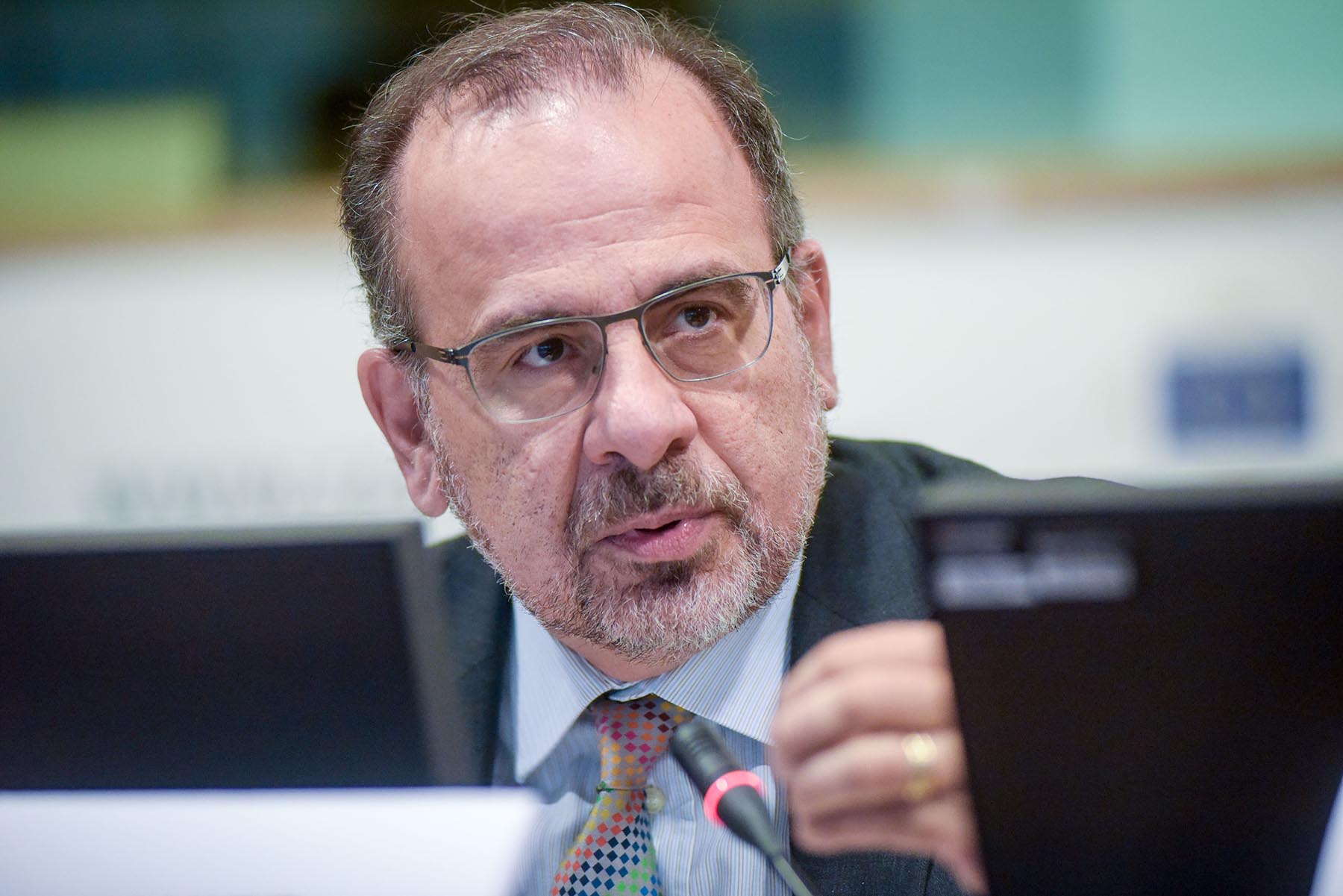 Joint declaration with other economic and social Councils

President Jahier, Treu and Bernasconi, alongside a few other economic and social Councils, would like to celebrate the 70th anniversary of the Schuman Declaration with a declaration which reflects upon the importance of this text today and the special role of Economic and Social Councils and organised civil society in the post-COVID19 rEUnaissance.
Now more than ever, the constructive voice of our organisations needs to be heard in Europe!

You can read the declaration here.

Seventy years ago, on 9 May 1950, French Minister for Foreign Affairs Robert Schuman invited German Chancellor Konrad Adenauer to join France in founding the European Coal and Steel Community. That date marked the beginning of the European integration process and the birth of Europe as a political entity.

I would like each and every one of us to pay tribute to those statesmen who with their courage and vision turned the page on military confrontation and laid the foundations of the European Union.

During a press conference at the Quai d’Orsay, Schuman revealed his plan to underpin peaceful relations by pooling the French and German coal and steel industries under a common High Authority. His speech did not fall on deaf ears: Belgium, France, Luxembourg, Italy, the Netherlands and Germany signed the Schuman Declaration on 3 June 1950. This is now commemorated on 9 May by celebrating Europe Day.

In memory of Robert Schuman and in honour of his pioneering work to build a united Europe, each of you will receive a brochure with the text of his proposal on the creation of an integrated Europe. His words still resonate today, and his approach will pave the way for future achievements of the European project.

This special occasion is an opportunity for us to reflect on everything that has been achieved under the European project since that historic event, and to highlight the importance of kindling and preserving in civil society the European spirit that is so crucial in today's political climate. The current crisis shows even more clearly the significance of Robert Schuman's message of solidarity. Europe must be united to act on the international stage. Our future depends on keeping Schuman's vision alive, so let us honour his legacy. As representatives of the EU's civil service, we also have a duty to put the European project into effect and should be bolder in our actions.

Luca Jahier about the Schuman Declaration