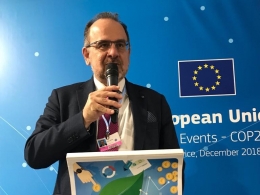 Katowice should not become the new Copenhagen: We need responsible climate action now!

Witnessing the current discussions taking place in Katowice at COP24, I fear that not all have understood the urgency to tackle climate change; concrete measures need to be taken. Sustainable development and Agenda 2030 are the cornerstones to strengthen the European project. Tackling climate change is part of this agenda and this is why COP 24 must deliver and adopt an Agenda for hope and for future generation. Today, the EESC, had an excellent discussion with European Commission First Vice-President, Mr Frans Timmermans, on sustainable development. 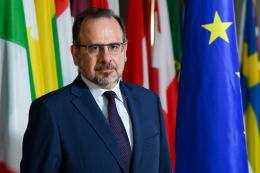 We strongly condemn the attack in Strasbourg

We strongly condemn the attack in Strasbourg last night. A brutal and violent attack in the heart of a city in preparation for Christmas. It is with great emotion and compassion for the victims and their families that I write this condolence message to the French people.

My thoughts are also with all the injured people and the mobilised police forces. We defend together with France our values and open societies.

On Monday, the UN’s Global Compact for safe, orderly and regular migration was agreed by the majority of UN states, following 18 months of debate. However, some EU countries have pulled out of the process: the Czech Republic, Italy, Hungary, Poland, Latvia, Slovakia and Austria, which currently holds the EU presidency. I would have expected more responsible behaviour from these European countries, given that we recently celebrated the 70th anniversary of the Universal Declaration of Human Rights and the longstanding commitment it represents on the part of the world's nations. 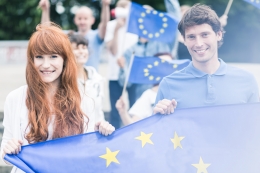 I welcome the results of the latest Eurobarometer: 68% of European citizens believe their country’s EU membership to be a good thing. Citizens seem to be more in tune with the EU than some of the leaders governing national member states seem to think. I also speak for my own country, Italy, where 64% of Italians considered positively staying in the European Union—a 5% jump from last year when they were 59%. I am pleased to see that citizens, despite the growing difficulties of our changing times, increasingly support the European Union. That gives us the strength to continue building a resilient and progressive EU.

We believe strongly that community-led action on sustainability is key to implementing the Paris Agreement on climate change and the Sustainable Development Goals. We want to state it loud and clear that without action by citizens, communities, municipalities, businesses and other groups of civil society we will simply not be able to meet the objectives of the Paris Agreement. 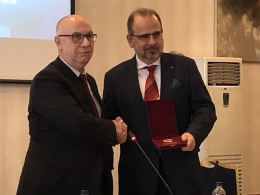 What Europe do we want?

Celebrating the 15th anniversary of the Economic and Social Council of the Republic of Bulgaria and the 60th anniversary of the European Economic and Social Committee: For the past 15 years the cooperation between our organisations has exemplary. The work of the EESC would not be possible without reliable partners such as the ESC of the Republic of Bulgaria.Today, our partnership is needed more than ever. A crucial step is before us: the European elections of May 2019. We must propose a mobilizing European project that will even make you dream! 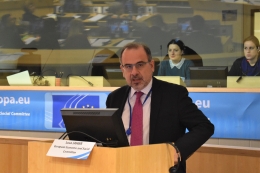 When we talk about Sustainability, Premature Obsolescence, dual-quality products and the rights of consumers in the Digital Economy, you will find the active voice of the EESC championing the way forward: for an empowered consumer, for a competitive business environment to serve those consumers, and for future-proof laws to protect EU citizens. 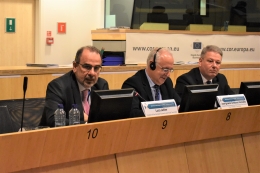 Delivering on the European Social Pillar: a territorial and civil society perspective

Just like the Committee of the Regions, the European Economic and Social Committee has dedicated - and will dedicate - a great deal of attention to the European Pillar of Social Rights. Its implementation concerns us all. Since its proclamation, the Commission has launched proposals on work-life balance, on access to social protection, on transparent working conditions and on the labour market authority. The legislators are still struggling to achieve agreements on these dossiers, which would reinforce very concretely the social dimension of the European agenda. With only six months to go before the European elections, a strong agreement would send a positive message to European citizens. 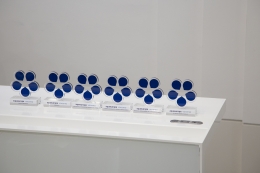 An award on our past work, to give the EESC more strength to build the future EU

Thank you for granting the Aquí Europa-Vocento Award to the European Economic and Social Committee for its contribution to European integration. In the year in which the EESC celebrates its sixtieth anniversary, this award encourages us even more to continue our work of making the voices and interests of civil society heard in decision-making at European Union level.