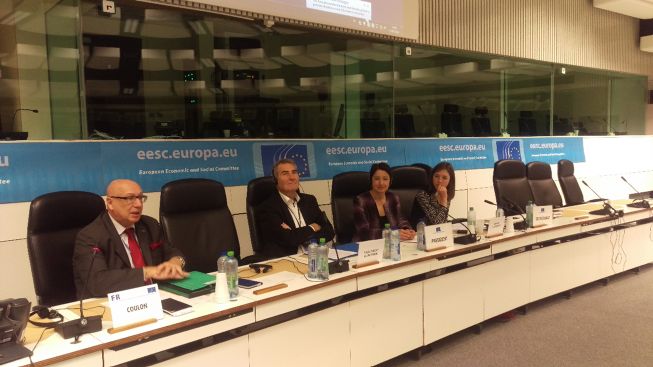 The first meeting of the Permanent Study Group on Services of General Interest took place on Wednesday 13 January 2016 at the EESC. The president of the group, Milena Angelova, presented the 2016 work programme, which was subsequently approved.

Jean-Paul Denanot, member of the European Parliament and of the EP's Intergroup on Common Goods and Public Services, also attended the meeting to discuss the possibilities for future cooperation between the EP and EESC bodies dealing with services of general interest. Mr Denanot stated that he was willing to take the PSG's initiatives into consideration in connection with the EP's proposals. Pierre Jean Coulon, the President TEN Section also attended the meeting.