Prof. Dr. Dr. Ayad Al-Ani is an associated researcher at the Humboldt Institute for Internet and Society, Berlin, adjunct professor at the University of Potsdam and professor extraordinary at the School of Public Leadership, Stellenbosch University, South Africa. He is visiting professor at the Distance Education University in Hagen and co-founder of the Digital Arabia Network. Ayad Al-Ani was rector of the ESCP Europe Business School, Berlin and Executive Partner for Accenture.

Alexander Damiano Ricci is the president of the Paris-based NGO, Babel International and the publisher of the European Magazine, Cafébabel. In 2016 he co-founded the EuVisions Observatory, where he currently works as a reporter and content manager. Among other activities, EuVisions provides social media analysis on European political debates. He is also a freelancer for Italian newspapers and the author of FakEU, a bi-monthly column on the politics of disinformation in Europe, published by the US-based Poynter Institute. He holds a master degree in Economic policies and analysis from the University of Milan and a degree in Multimedia Journalism. 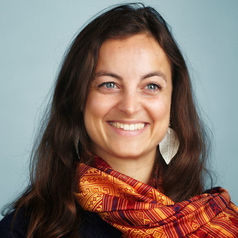 Peter Schmidt is a full-time trade unionist and a Member of the Workers' Group at the European Economic and Social Committee (EESC). Having been professionally linked to trade unionism for the past 30 years, Peter now works as the National Officer for international and European affairs at the Food, Beverages and Catering Union (Gewerkschaft "Nahrung-Genuss-Gaststätten") which represents workers of major companies such as Nestle or McDonalds in Germany. Peter is there currently in charge of organising international solidarity.
In the EESC, he heads the Sustainable Development Observatory, a body whose mission is to promote sustainability in the EU by fostering citizens' participation in making the shift towards a more sustainable Europe. Peter also actively contributes to the work of the EESC's External Relations Section and the Section for Agriculture, Rural Development and the Environment for which he drafted or helped drafting several opinions on the topics relating to food, environment and other pertinent issues. Baiba Miltoviča is the International and EU Affairs Adviser of the Latvian National Association for Consumer Protection (LPIAA) and the current Vice-President of the Diversity Group in the European Economic and Social Committee (EESC). After joining the EESC in 2015, she has actively contributed to its work. She was the rapporteur for the opinion “Accessibility and reuse of public and publicly funded data”, previously opinions “Amending the Internal Gas Market Directive”, “Revision of the Energy Performance of Buildings Directive” and “EU Strategy on Heating and Cooling”.
Baiba is an alternate member of the EC European Consumer Consultative Group (ECCG) and ECCG sub-group on Energy. At the national level she is a member of the national level stakeholder groups at the municipal and government level (Riga Energy Agency stakeholder group and expert groups set up by the Ministry of Economics and Ministry of Finance respectively). She holds a Master degree (MSSc) in Political Science from the Faculty of Social Sciences at the University of Latvia. Baiba started PhD studies at the University of Eastern Finland, Faculty of Social Sciences and Business Studies. Brendan Burns has been a Member of the Employers' Group at the European Economic and Social Committee (EESC) since 2006. He is also an entrepreneur, director and a senior partner of Burns, Burns & Burns, a large forestry harvesting and extraction business he runs together with his son in the North of Scotland. He is a director and owner of Burns Scotland.
Among others, his special interests include rural development, forestry and engineering, but also the circular economy, tourism, environment and the development of micro and small businesses. Brendan has represented the interests of SMEs on many national and EU committees and held elected positions which include vice-chairmanship and policy chairmanship of the UK Federation of Small Businesses (FSB) and the chairmanship of the UK Forestry Contracting Association (FCA). At the EESC, Brendan headed the Section for Agriculture, Rural Development and the Environment until April 2018. He is the rapporteur of many EESC opinions on topics ranging from environment and agriculture to education.

Anke Rasper is a senior editor in DW's business department. Her areas of expertise include international cooperation, climate change, human rights and migration. She produces DW's weekly radio show ‘World in Progress’, which focuses on globalization and development issues.
Anke is an experienced host, reporter and panel moderator and she is also involved in media training.