Opinjoni tal-KESE: Action of the Union following its accession to the Geneva Act of the Lisbon Agreement on Appellations of Origin and Geographical Indications

Expiry of the milk-quota system

The EESC considers the abolition of the milk quota system from 31 March 2015, as decided in 2008, to be a fundamental change. Since the introduction of this comprehensive method of guiding production on 1 April 1984, it has over time become increasingly clear that dairy prices and farmers' incomes have not been sufficiently effectively supported and stabilised and that dairy production in the EU has decreased, while rising significantly worldwide.

The EESC argues that EU dairy policy after expiry of the milk quota system, i.e. post-2015, must not only allow for growth and expansion but should also be obligated to avoid abandonment of dairying and to provide support for smaller farmers especially in disadvantaged areas and mountainous regions .

EESC Opinion: LEADER as a tool for local development

EESC Opinion: LEADER as a tool for local development

Implications of climate and energy policy on agricultural and forestry sectors

The Committee has received a request for an exploratory opinion from the incoming Latvian Presidency, which recommended to look at the following aspects in regard to the agricultural and forestry sectors: rural development, social aspects, regional contribution and the potential in achieving objectives and the "self-sufficiency" of the EU in the fields of food and renewable energy. A holistic assessment and approach is required in order to facilitate the reduction of GHG emissions without hampering the sustainable development and competitiveness of the EU.

Opinjoni tal-KESE: Implications of climate and energy policy on agricultural and forestry sectors 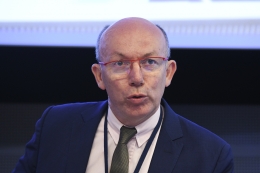 Farmers' contribution to food security and keeping rural areas alive needs to be better rewarded. Farm profitability and economic viability is a serious issue in the EU, where farmers' incomes on average amount to just 46.5% of those in other economic sectors.