Future of Europe, future of the EESC

Debate during the extraordinary meeting of the Employers' Group

"We need to relaunch the European project and give it fresh impetus" – these were the words of Jean Arthuis, French Member of the European Parliament, during the debate on the future of the EU and its institutional framework. The debate took place on 21 June during the extraordinary meeting of the Employers' Group.

According to Mr Arthuis, the Brexit referendum had clearly shown that Europe was unable to defend its own project in the eyes of its citizens, and this had to change. The best interests of the European public, including well-being, security and the Single Market, were paramount. In order to effectively deliver these, Member States had to take over even more competences from the EU level. The answer was, in his view, more Europe with the eurozone acting as the driving force for integration. The eurozone was the heart of the European edifice and had to be the catalyst for political integration, something that would call for amendments to the institutional structure of the EU. 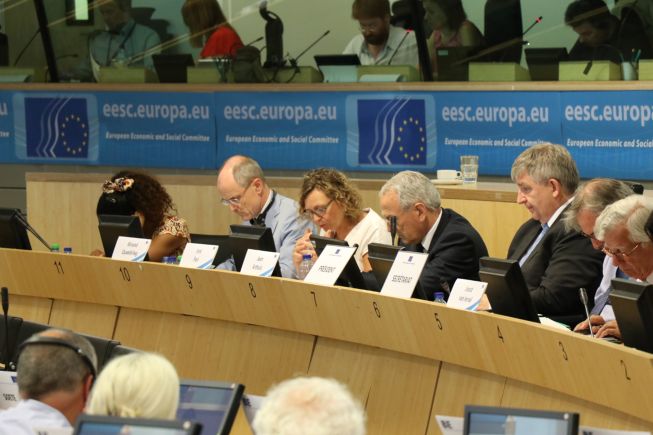 Citizens must understand Europe and should stop being afraid of it. The EESC could help to promote better understanding of the EU. The EU institutions should in general cooperate in a more efficient manner. Mr Arthuis reminded those present that the EU budget was only 1% of European GDP. With such limited resources, there were only a certain number of tasks that could be fulfilled.

Joost van Iersel, member of the Employers' Group and EESC rapporteur on the Future of Europe, briefly reported on the main recommendations of the opinion that would be put to the vote at the EESC's July Plenary Session. He informed the meeting that the document rejected the system of scenarios proposed by the European Commission and suggested focusing on a cohesive and coherent Europe.

Irini Pari and Winand Quaedvlieg, members of the ad hoc group on the future of the EESC, briefly presented the group's preliminary conclusions. All the members of the group agreed that the EESC still had an important role to play in the EU institutional framework and helped to address the lack of public involvement in the decision-making process. 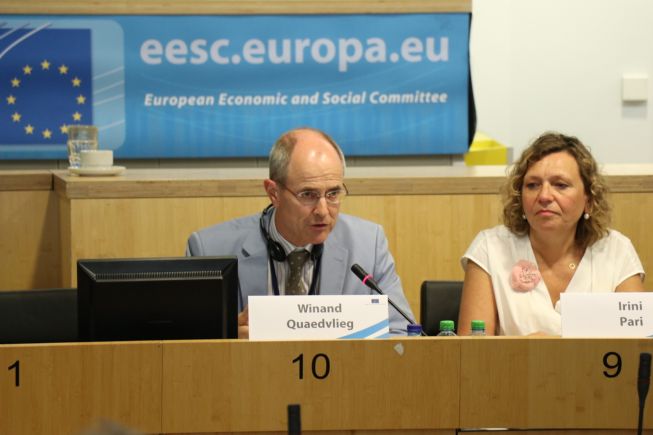 Regarding the EESC's working method, it was emphasised that seeking consensus should still be the case, while explaining the differences in the most controversial dossiers where consensus was difficult to reach. It was also underlined that the EESC's structure should be simplified and revised to address broad, cross-cutting themes.

"This discussion and the EESC opinion are just a small part of the EESC's overall involvement in the debate on the future of Europe", said Jacek Krawczyk, president of the Employers' Group. He reminded those present that the Committee had conducted discussions in 27 Member States and that the report gathering recommendations from these events would provide further food for thought. He underlined that the Employers' Group was willing to have an active role in the debate on the future of the EU and the future of the EESC.