At sub-regional and national level, several permanent structures have been set up: In 2009, the EESC set up a civil society Round Table with the Brazilian Economic and Social Council to provide a forum for dialogue and continuous cooperation between representatives of Brazilian and European civil society. The EU-Chile Association Agreement gave the Committee a mandate to establish a Joint Consultative Committee with its Chilean civil society counterpart in order to monitor the agreement, which was finally set up in 2016. As regards the Andean Community countries, the EESC takes part in the Domestic Advisory Group monitoring the EU-Colombia/Peru/Ecuador free trade agreement. It also participates in the EU-Cariforum Joint Committee that monitors the EU-Cariforum Economic Partnership Agreement. Permanent relations have been established with the EESC's institutional counterparts in Mercosur (the Economic and Social Consultative Forum) and Central America (the Consultative Committee of the Central American Integration System).

Opening Speech at the EU Brazil Round Table Brasilia 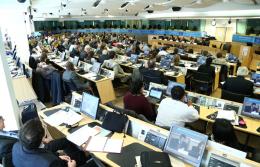 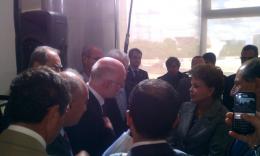 Protocol of cooperation between the EESC and EuroLat
Downloads:

Presentation of Mr Fraschini of the reports between the EESC and the FCES (Montevideo 2011)
Downloads: