Following the violent terrorist attacks which took place in Paris on Friday, the European Economic and Social Committee (EESC) and the Committee of the Regions (COR) observed a minute of silence today to show solidarity with the victims and their families. The two institutions' Presidents, Georges Dassis of the EESC and Markku Markkula of the COR, addressed Members and staff. Mr Dassis gave a moving speech on compassion and human solidarity. In his words, "These despicable murderers obsessed with hatred, attack the people, democracy and fundamental values of the French Republic. In this way, they attack the people, our democracy and fundamental values in Europe because they are one in the same." 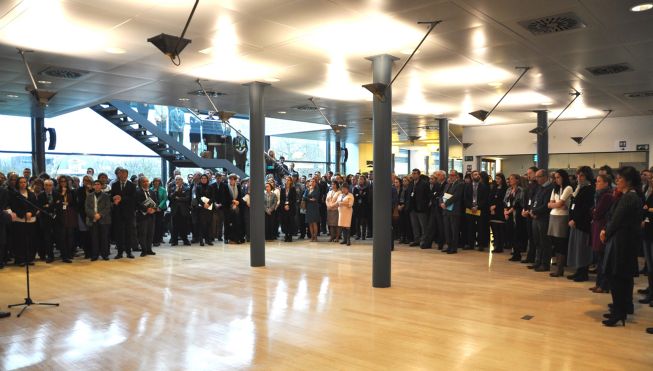