After their normal meeting at EESC headquarters, where the highlight of the day was a heated debate on the new Mobility Package, the members of the Transport Category left the office to head towards the Port of Rotterdam. The first stop on their tour was the Port of Rotterdam Authority, where they were welcomed by the Head of the External Affairs Department, Mark Dijk, and the Programme Manager for European Affairs, Mark Driessen. Members were accompanied to the Harbour Coordination Centre and given detailed explanations of operations by the harbour masters' team leader, Willem Maan. They could see in real time how maritime traffic control dealt with ships entering and leaving the biggest port in Europe. 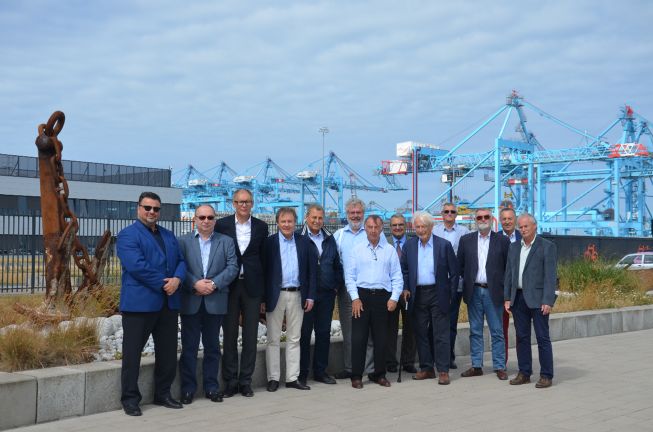 Members were then given a presentation on the port itself and on the Port Authority. The Port Authority's core tasks were the development, management and exploitation of the port in a sustainable way and the provision of speedy and safe services for shipping. Mr Dijk discussed with members some of the challenges facing the Port of Rotterdam, namely energy transition, ratification of the climate agreement, rapid application of new technologies, digitisation and robotics. While striving to be the smartest and most energy-friendly port in the world, the Port of Rotterdam was also endeavouring to safeguard its strategic position and be a key player in the management of global trade flows.

The first day of the visit ended with a tour of the port on board the executive vessel De Nieuwe Maze. Members took a small tour of the total of 40 km of port industry to be found in Rotterdam. 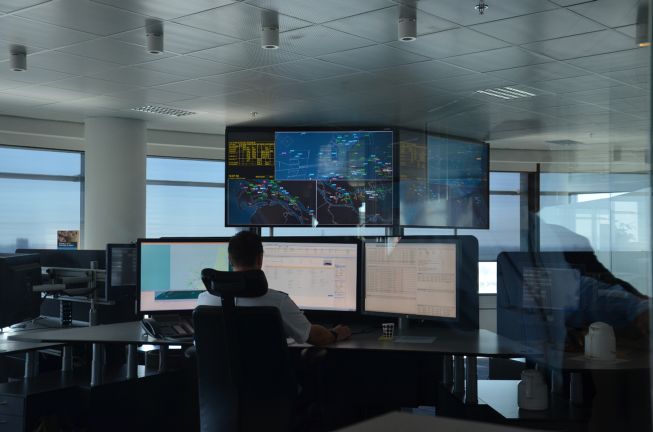 The second day of the study visit consisted of a guided tour of APM Terminal II, an opportunity to take a very close look at the highest standards in automated and environmentally sustainable terminal operations in Europe. The day continued with a tour of Maasvlakte 2, the new port extension designed to be a state-of-the-art automated facility with zero CO2 impact. Here members could see the fruit of one of the biggest civil engineering projects in the Netherlands, namely the construction of a new port and all its supporting infrastructure on reclaimed land. At the end of the study tour, members paid a short visit to Futureland, an interactive exhibition showing the procedures and stages involved in the land reclamation process required to construct Maasvlakte 2.