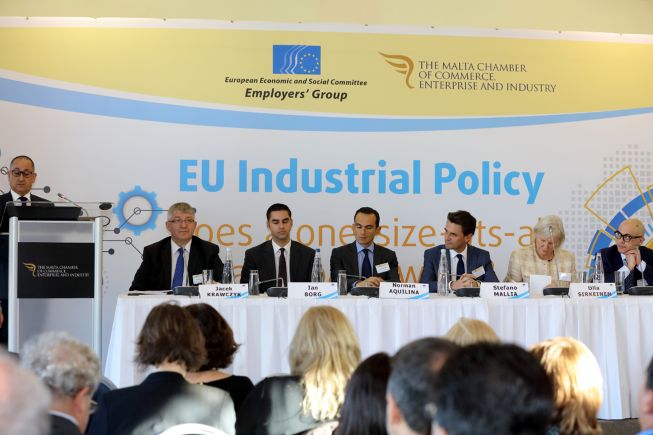 How do you boost reindustrialisation in Europe? How do you reach 20% of GDP from manufacturing by 2020? What are the regional challenges in terms of industrial policy? These were some of the questions raised during a conference – EU industrial policy: does a one-size-fits-all approach work? – held in Malta on 30 November 2015. The participants discussed how to tailor industrial policy to the needs of different EU Member States.

According to Anton Borg, President of the Malta Chamber of Commerce, Enterprise and Industry: "Conditions for investment in industrial policy are less favourable than five or ten years ago". The balance of the economy continues to shift consistently from manufacturing to services. This economic imbalance does not guarantee satisfactory future prospects for generating growth and employment, as manufacturing would if it acquired a stronger share of the total economy. 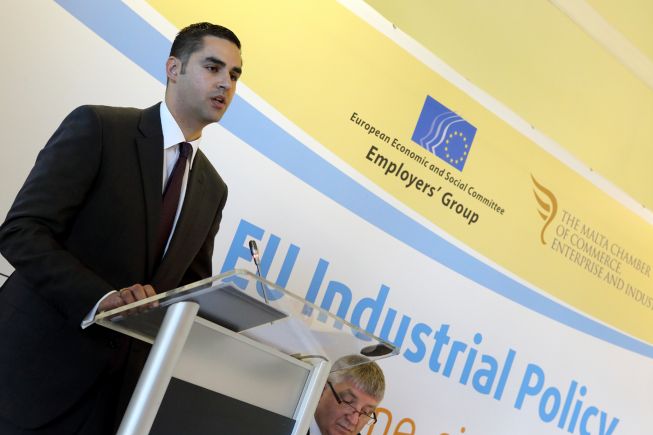 Jacek Krawczyk, President of the Employers' Group, emphasised that "Member States have one similar interest in terms of industrial policy: to restore European competitiveness". In his view, the EU must now determine how to deliver on reindustrialisation. He also referred to the link between reindustrialisation and climate and energy policies in the context of the ongoing COP21 conference in Paris.

Ian Borg, Maltese Parliamentary Secretary for the 2017 EU Presidency and the EU Funds, announced that the government was willing to foster private sector investment. He stressed that island economies such as Malta faced regional challenges that should be taken into account in EU Industrial Policy 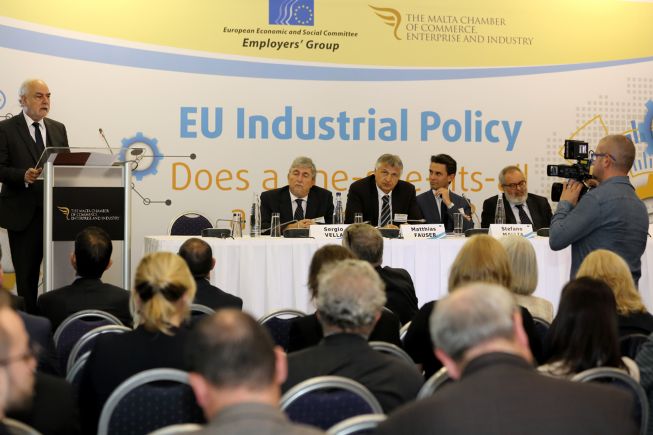 Norman Aquilina, Chairman of the Manufacturers and Other Industries Economic Group of the Malta Chamber of Commerce argued that the EU should ensure that peripheral regions are provided with fair opportunities to compete and contribute to EU industry. In his view, getting 20% of GDP from manufacturing might be challenging for remote regions.

Ulla Sirkeinen, former EESC Member and rapporteur on industrial renaissance, explained that the EU needed to shift to more technological, high value-added production. She emphasised that there should be no contradiction between services and manufacturing. On the contrary, modern manufacturing and services should complement each other. 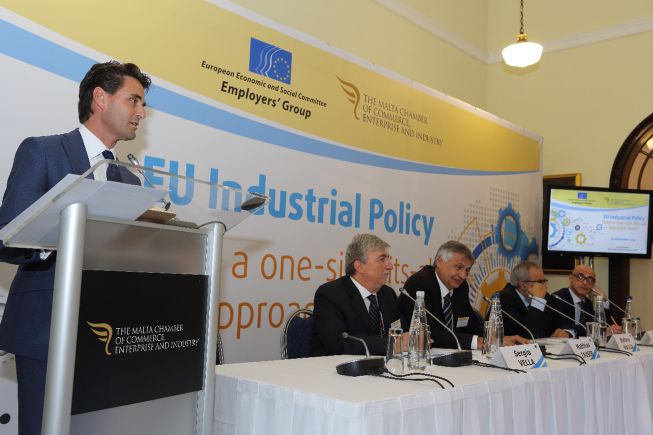 Domenico Lombardi, representing the European Commission's DG GROW, outlined the main obstacles to European competitiveness. He admitted that there was no one-size-fits-all solution and product market reforms should be sector and country-specific. This was why the European Commission advocated setting up National Competitiveness Boards in all euro area Member States. They would be independent bodies that provided expertise on competitiveness performance and reforms.

The participants on the second panel focused on overcoming regional challenges in manufacturing. The representatives of companies operating in Malta outlined the pros and cons of investing there. They mentioned the highly skilled, English-speaking labour force and proximity to continental Europe as the main reasons for Foreign Direct Investment in Malta. 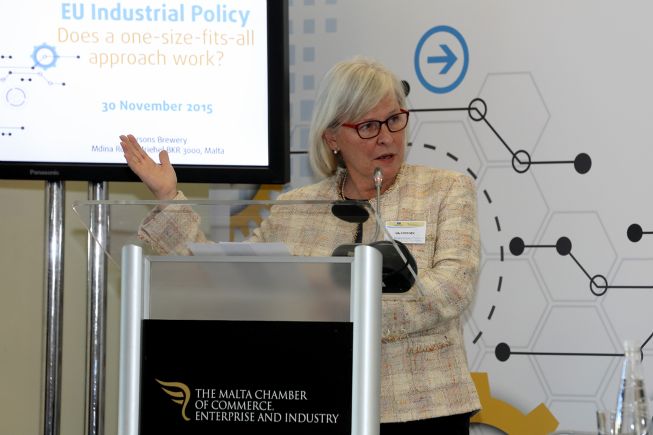 However, in a globalised and constantly changing economy, Maltese companies should do their best to become even more flexible and to find other ways of improving their competitiveness.

The discussion was organised by the Employers' Group of the European Economic and Social Committee and the Malta Chamber of Commerce, Enterprise and Industry.