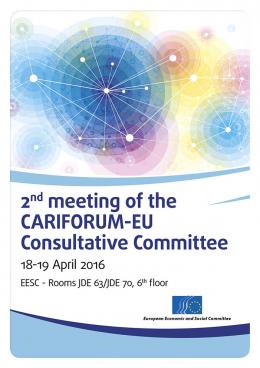 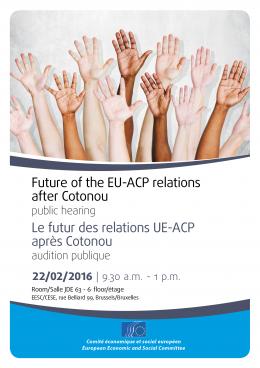 Meeting of the ACP-EU Follow-up Committee

The EESC has been entrusted by the Cotonou Agreement with maintaining relations with socio-economic actors and civil society from ACP countries.

Priorities and activities within the frame of the ACP-EU civil society relations are decided and implemented through an ACP-EU Follow-Up Committee (FuC), which is composed of 12 EESC members and 12 representatives of ACP economic and social interest groups. The FuC is also a primary partner of the political authorities in the Cotonou partnership and the other EU institutions.

Next meeting of the FuC, the first one of the 2015-2018 EESC mandate, will take place in Brussels (JDE 63) on 25-26 January 2016, with some new faces among ACP representatives and fresh chairman Yves Somville.

Topics of discussion will include the post-Cotonou framework; agriculture, climate change and food security; and the current state for Economic Partnership Agreements –with a focus this time on Eastern and Southern Africa.