The EESC, which is the EU body representing civil society in the European legislative process, adopted its contribution to the 2018 Work Programme in July. The Committee calls on the Commission to adopt sustainable development as an overarching approach to its work, with reference to the three "pillars" of sustainability: i) strengthening the economic foundations of Europe; ii) fostering its social dimension; and iii) facilitating the transition towards a low-carbon and circular economy.

The EESC President also informed First VP Timmermans about the EESC Resolution on the Future of Europe, which was adopted during the EESC plenary session of July.

On the occasion of this meeting with VP Timmermans, Georges Dassis raised the issue of the participation of the Committee in the multi-stakeholder platform on sustainable development goals. President Dassis insisted that the EESC participation should be brought to three members, one for each group in order to take into consideration the institutional identity of the Committee. Mr. Timmermans promised to examine the request and come back to the president. 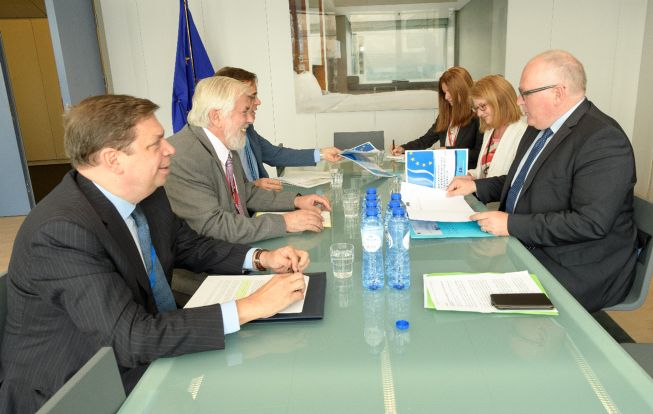