After a long and controversial debate, the EESC adopted in plenary an opinion for the establishment of minimum income schemes across Europe. The Workers' Group welcomes this decision as an important step towards implementing the principles of the European Pillar of Social Rights. It is a clear sign for the European Institutions, most notably the incoming new European Parliament, of how civil society in Europe envisions social protection. The European Union now needs to provide its citizens with answers to the questions of economic and social inequality - a framework directive on minimum income as proposed by the EESC would be a concrete step in that direction.

We need to aim for upwards convergence and avoid a race to the bottom with countries competing based on social rights. This proposal from the EESC contributes to this by addressing the unbalanced economic and social situation in Europe. Adequate and inclusive social protection in the form of a minimum income scheme will allow all Europeans to live a life in dignity. This would not only benefit those who are currently without sufficient protection, but also boost the European economy as a whole. As the rapporteur Georges Dassis, from the Workers' Group said: "A minimum income scheme will help the working and unemployed, and will give companies more and richer consumers." 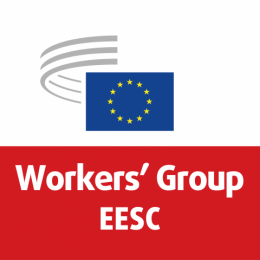 Social Pillar implementation: the EU must have adequate minimum incomes

The Commission has presented a recommendation on adequate minimum incomes today. Against a terrible perspective of more than 90 million people in Europe at risk of poverty or social exclusion, with widening gaps in coverage of social protection systems highlighted by the pandemic, and now with a massive inflation crisis growing, it is more necessary than ever.