The EESC and the EU's Eastern Neighbours

The main messages of the 6 EESC opinions on Eastern Partnership. 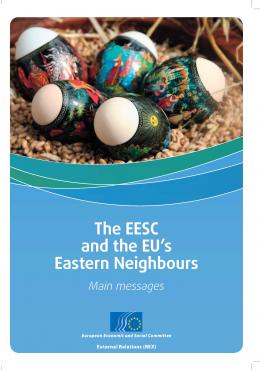 Your Europe, Your Say 2014! Programme
Downloads:

Your Europe, Your Say 2014! Programme

Inaugural speech by President Luca JAHIER at the Seminar in Helsinki on Tuesday 7 July 2015.