Fundamental Rights and the Rule of Law

The EU is not only a common market; it is a union of common values that shape the European identity. These values are set out in the Treaty on the European Union and also include the rights, freedoms and principles laid out in the Charter of Fundamental Rights: the "indivisible, universal values of human dignity, freedom, equality and solidarity; [the Union] is based on the principles of democracy and the rule of law. It places the individual at the heart of its activities, by establishing the citizenship of the Union and by creating an area of freedom, security and justice."

The Charter brings together into a single text all the personal, civic, political, economic and social rights enjoyed by people within the EU and apply to the EU institutions and Member States when they implement EU law.

The EESC is very active in the promotion of fundamental rights, the rule of law and democracy, and especially in the fight against discrimination based on race, ethnic origin, disability or gender. In 2018, it established the Group on Fundamental Rights and the Rule of Law to further expand analysis of the situation across Europe and promote a constructive dialogue amongst all stakeholders. 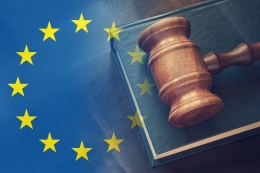 The EESC welcomes the publication today by the European Commission of its second Report on the Rule of Law. Given the multiplication of challenges all over the EU, the Rule of Law Mechanism offered by the Report and subsequent debates is an important tool which allows all concerned actors to have a single framework of reference. This gives hope for a greater sense of joint responsibility in urgently addressing the rule of law especially independent judiciary and media freedom backsliding in Member States.

Related links:
2021 Rule of Law Report by the European Commission 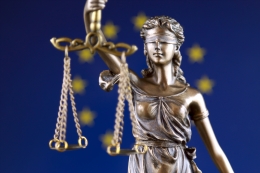 Recovery funds and the budget cannot be held hostage!

No lockdown for fundamental rights during the COVID-19 crisis!

Presentation
Statement by
Luca Jahier, EESC President and José Antonio Moreno Díaz, President of the Group on Fundamental Rights and the Rule of Law (FRRL)

The response to the COVID-19 crisis has had a negative impact on a number of fundamental rights. The unavoidable lockdowns have restricted our freedom of movement and cross-border travel. Freedom of association and assembly have been cut, so have privacy rights through data tracking systems. What has been put in place as a temporary measure cannot be instrumentalised to revert decades-long fights for freedoms and equality.  We must get out of this crisis with our democracies – and our European Union – intact.