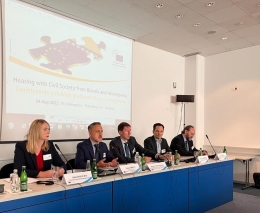 Civil Society should be a driving force in democracy, emphasised participants at the EESC hearing in Sarajevo
Press Release
Reference number:
26/2022

On 24 May in Sarajevo, the EESC's Western Balkans Follow-up Committee held its yearly external meeting - for the first time since the COVID-19 pandemic - to meet with civil society organisations (CSOs) in Bosnia and Herzegovina and discuss their role and concerns regarding the current situation. The conclusions will be conveyed to the country's political authorities and to the EU institutions. 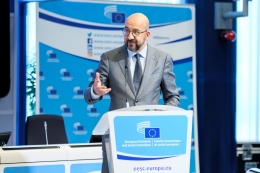 In front of the EESC members President Charles Michel comments on prospect of Ukraine EU membership and calls for the creation of a European Geopolitical Community
Press Release
Reference number:
22/2022

The May plenary session of the European Economic and Social Committee (EESC) hosted a debate led by its President Christa Schweng and the President of the European Council Charles Michel on Europe's response to this turning point in history. 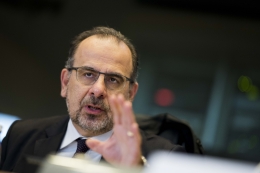 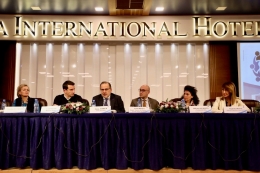