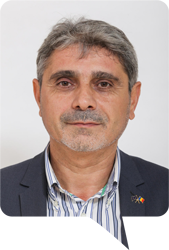 During the pandemic, the National Trade Union Bloc undertook several initiatives at both central and county level in order to fight and adapt to the tragic situation. At central level, we formulated and submitted proposals for measures concerning the labour market and workers. Furthermore, the front-line member organisations (emergency medical services, postal workers) were supported in securing their rights, along with other socio-professional categories who were offered incentives. Because of some measures proposed by the Romanian government aimed at drastically restricting the fundamental rights of workers, we insisted through clear arguments put to the members of the Parliament, an initiative that  had a satisfactory outcome. In order to have a better overview of how workers' rights are respected by employers, member organisations collected the necessary information so that they could deliver advice to those who faced problematic situations.

Member organisations of the National Trade Union Bloc were also active during the pandemic. Using their own resources, they purchased specific hygienic-sanitary materials for the protection of workers and they supported the families of colleagues who had died due to COVID-19, following infection due to the specific nature of their work (ambulance workers, rail transport workers). In the energy system, the NTB unions organised crisis cells at company level and support cells at local and county level. In addition to purchasing materials needed at work, they helped the elderly and people in isolation with food, medicine and other necessary products.