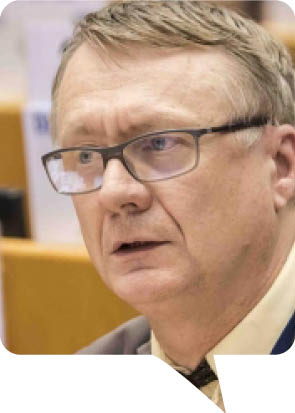 The emergence and spread of the pandemic have had a major impact on how our work is organised. Here at the Nicolas Hulot Foundation – one of France's top environmental organisations, alongside France Nature Environnement, of which our colleague Arnaud Schwartz is president – we have all been teleworking during the lockdown.

The crisis has pushed forward our discussions, because, contrary to the claims made in certain media outlets, the outbreak of a pandemic originating in Asia had been clearly predicted by a number of bodies, and all the alarms had been raised. And yet many countries were slow to react and seemed to have been taken completely by surprise.

For an environmental NGO like ours that is a fundamental problem. For more than 30 years now, we have been warning about the risks of climate change. As with the pandemic, we know that the likelihood is extremely high, and that the impact could be catastrophic, but we are still not doing enough. We still seem to have the impression that, like the virus, the climate crisis will not be that bad, or will not happen for a long time, or else will not affect us personally. In fact, when it comes to serious events, we in NGOs have always thought that our main job was to alert the public authorities and raise public awareness, but we are now convinced that we need to go further: it is no longer simply a question of issuing warnings or passing on information; we need to offer something else that leads to action.

Raising the alarm by scaring people achieves nothing – if anything, it creates inertia. The COVID-19 crisis has been a wake-up call for us; warning people of the risks was the first step, and we now know that we need to put forward a new narrative that really inspires action.