YEYS as seen by former participants: a transformative experience

The first edition of Your Europe, Your Say took place in 2010, a time when the devastating financial crisis had just started, all EU institutions had different presidents and Brexit was an unknown word. A time when Instagram did not exist, WhatsApp had just been created and Twitter had only 100 million users, nothing compared with the 1.5 billion users registered in 2019. Many things have changed since, but the enthusiasm and the energy of young people is still the same, and for YEYS's 10th anniversary, the EESC invited three former participants to take part in the debates and share their experiences. 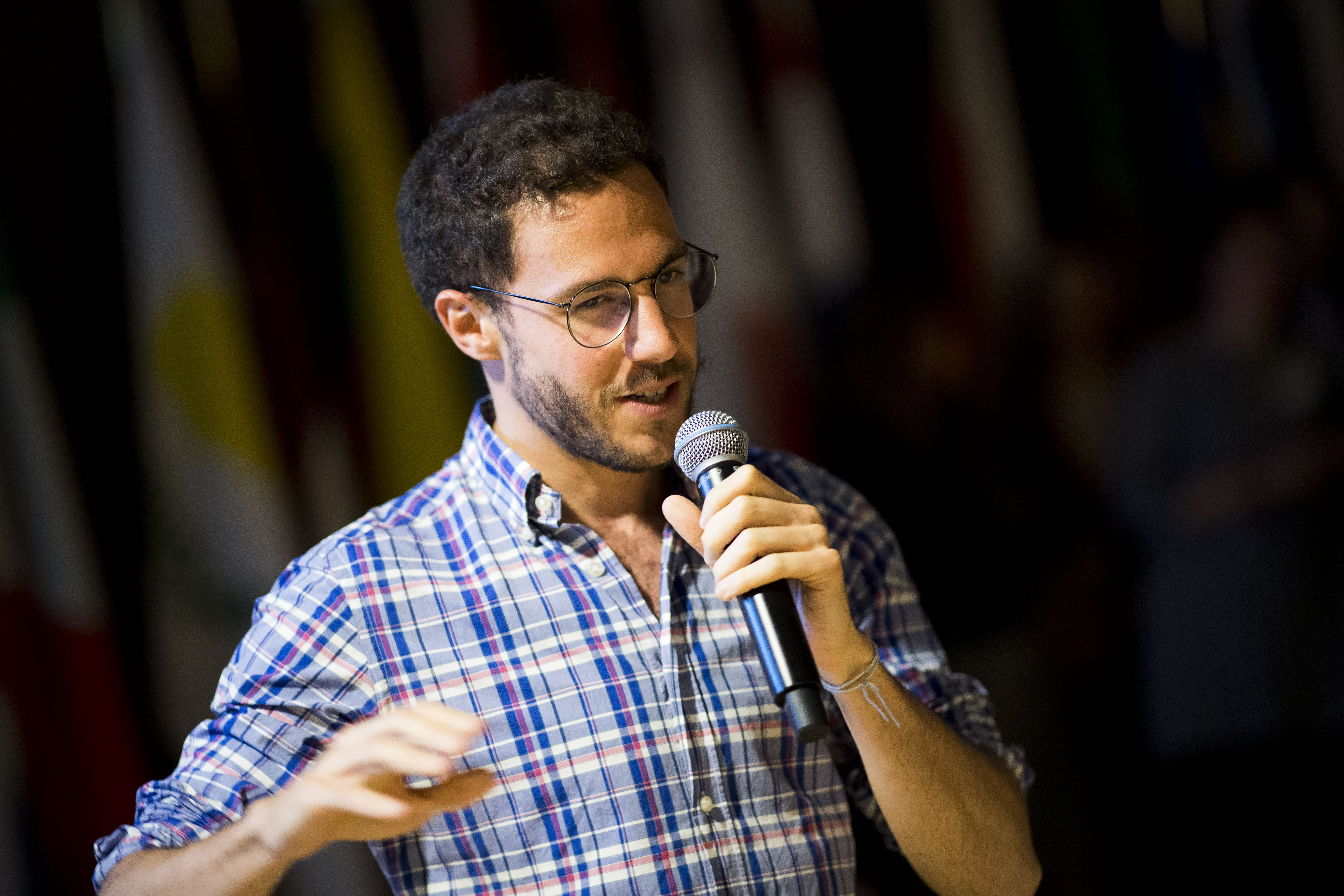 Carlos Aceituno, from Spain, was one of the participants in the first YEYS in 2010. That year, the eruption of a volcano in Iceland blocked air traffic in Europe, so several delegations could not make it to Brussels and the Spanish and Portuguese teachers had to drive their students back home in a shared rental van. But Carlos remembers YEYS for many other reasons: "It was a good opportunity to learn about the work of the EU institutions and to create a personal link with the EU project." Carlos, who is now 25, works with teenagers as a maths teacher, but is also interested in politics: "I want to gain some experience in teaching and then, in the future, get involved in education initiatives for persons with disabilities or even create my own consulting company in this field". Carlos has a very clear view of the influence of YEYS on his professional path: "I wouldn't say that attending YEYS determined my choices, because at that time I already knew that I wanted to become a teacher, but it definitely helped me to understand the link between education and political action. 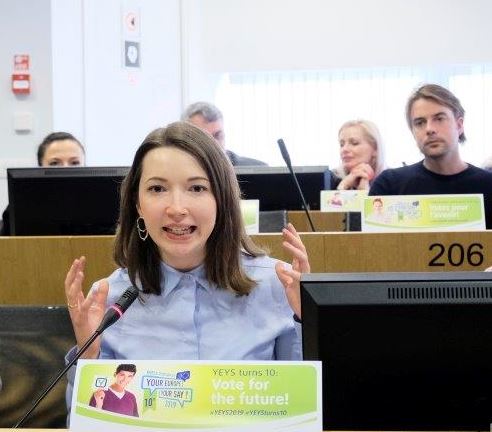 In 2012, only seven years ago, Evita Nedzvecka came from Latvia to take part in the third YEYS. Now she is the youngest diplomat in her country and works for the Latvian embassy in Oslo. A brilliant career that can also be linked to her YEYS experience: "I'm sure that taking part in YEYS triggered my decision to study international affairs, and that eventually led me to become a diplomat. It also helped me to understand how decisions are taken by the institutions and how people can have an influence on them." But the experience was also positive from a personal point of view, as some participants are still in touch through social media and, as Evita says, "it also helped me to gain experience and confidence, after that I knew that I could do anything I wanted to." 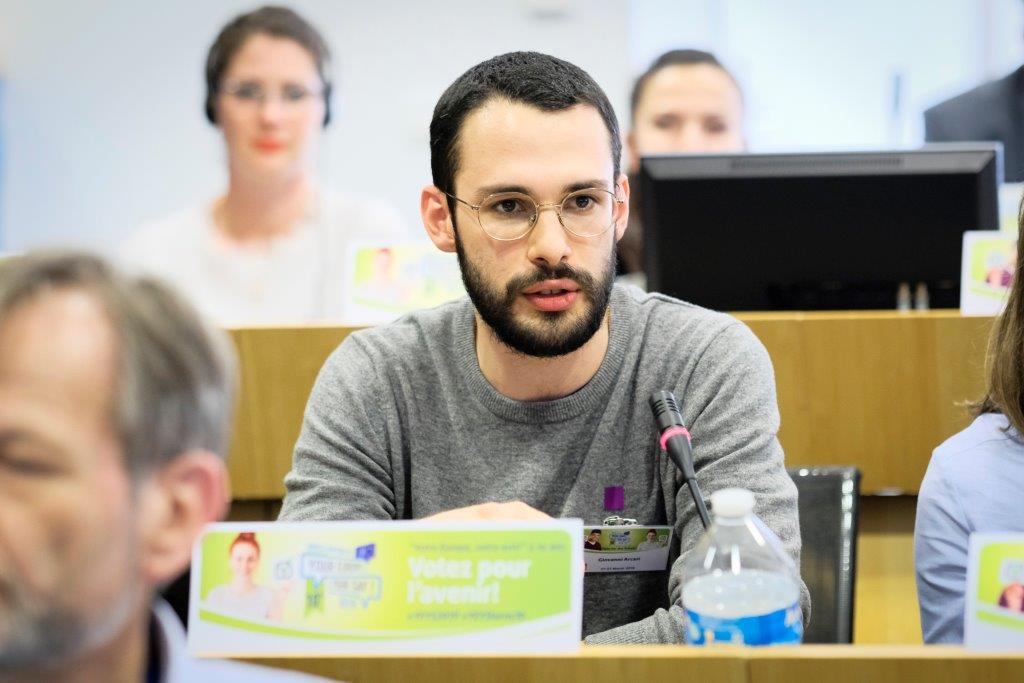 Giovanni Arcari, from Italy, lived the YEYS experience in 2014 and shares most of the views of the two other former participants: "I've always been interested in politics, but not in political parties, and thanks to YEYS I discovered the role of the EESC and civil society. Personally I will go on spreading what the EESC is and does and how great it is to take part in YEYS." Giovanni, now aged 22, is studying mechanical engineering in Germany. He also underlines the benefits of YEYS in terms of self-confidence: "It was, for me, the first time that I had to speak in public, and I had to do it in English. It really helped me to break down some mental barriers and I discovered that I was able to communicate with people from other countries and different backgrounds."

The role of these "veterans" was to take part in the debates and make use of their experience to help this year's participants to better define their proposals. The three of them pointed out the energy and enthusiasm of the students and were impressed by their solid knowledge, mostly gained through an intensive use of social media and online resources. They also agreed that YEYS's methodology has largely improved: "I think the new format is much more creative, it allows participants to freely express themselves", says Carlos. Giovanni shares this idea, but suggests that debates should be "a little more structured" to avoid distraction. Evita wrapped up the discussion with a simple truth: "Talent is talent, doesn't matter where it comes from or what methodology you are using", and this is really what YEYS is all about. (dgf)