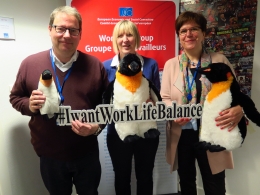 On 24 January the European Parliament, the European Commission and Member States reached an agreement on the Work-Life Balance.

This agreement is a concrete step to make the lives of European working parents and carers easier, said Gaby Bischoff, President of the Workers Group at the EESC.

International Migrants Day on 18 December provides an opportunity to pause and reflect. The European Economic and Social Committee Workers´ Group propose a series of reflections, based on the understanding of migration as a normal factor in any human society.

Thousands of people have been in the streets of Paris, Brussels and other European cities. 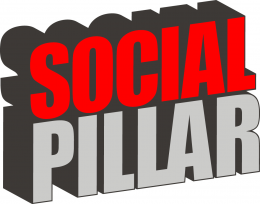 While wishing the Social Pillar a happy first birthday, the Workers' Group believes the best birthday present for the Pillar would be for the EU institutions to deliver on their commitments: we call on them to adopt strong proposals to improve working people's lives, before the European elections in May 2019.

On  the 22nd October 2018, 67 workers belonging to the Trade union Federation of Fly attends (OPZZ)  and pilots of LOT were dismissed due to their participation in an industrial action. The industrial action was organized as result of the dismissal of the President of the trade union of Fly attendants and against precarious working conditions of all flight personnel. On behalf of the Workers' Group of the European Economic and Social Committee we express our strongest disapproval about this decision and the way in which the company’s management and its CEO is treating trade union members, denying fundamental rights. 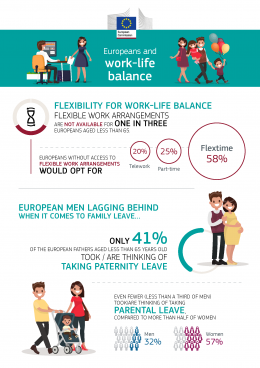 The European Commission has released the Eurobarometer report on work-life balance, which includes many well-known (and less well-known) facts about work-life balance, or lack thereof, for workers in Europe. The numbers for paternity leave show that less than half of men have either taken or are thinking about taking it.The main reason for not taking is that they cannot afford it. One in three Europeans cannot access flexible work arrangements, and three in ten are discouraged to do so.