On 17 and 18 March, 99 students and 33 teachers from schools in all 28 EU Member States and the five EU candidate countries (Albania, FYROM, Montenegro, Serbia, and Turkey) met at the EESC in Brussels for Your Europe, Your Say! 2016. The theme of the event was migration: how to better integrate migrants and refugees in our societies.

The event was formally opened on the evening of 17 March by Gonçalo Lobo Xavier, EESC Vice-President.

On 18 March, the morning session began with presentations from EESC Member José Antonio Moreno Díaz about the EESC's work on issues linked to migration, Benoît Mansy from the Belgian federal agency for the reception of asylum-seekers (Fedasil) about his organisation's activities, and Mahmood Nisar about his own experience as a refugee in Europe.

In a series of workshops, the young participants were then able to suggest, debate and refine a range of different ideas about better integrating migrants and refugees into our societies.

In the final plenary session, which was chaired by EESC Member Cristian Pîrvulescu, these ideas were summarised in 10 proposals and voted on. The following proposals received the most votes:

The proposals will be presented by Pavel Trantina, EESC President of the Employment, Social Affairs and Citizenship Section, at the European Migration Forum, organised by the European Commission and the EESC on 6-7 April, and to the Permanent Study Group on Immigration and Integration (IMI).

Finally, EESC Member Eve Päärendson brought proceedings to a close and congratulated all the participants on the excellent work accomplished. 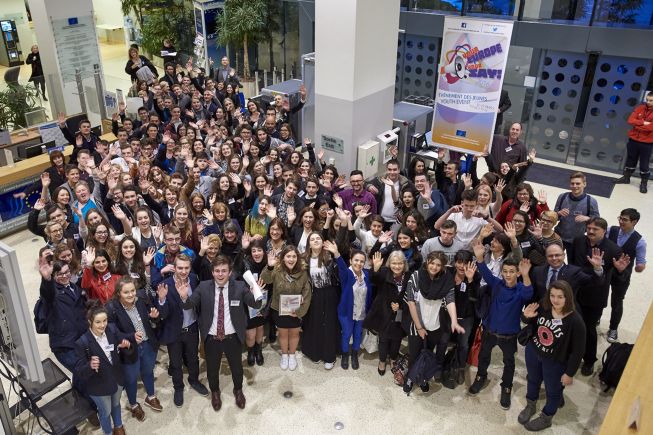