Today, 75 years ago a group of Jews in the Warsaw Ghetto began the uprising against the Nazi which lasted 27 days. Today, we remember the heroism and sacrifice of those who chose to resist against the impossible odd to die in dignity and save the human spirit.

The anniversary of the 1943 Warsaw Ghetto Uprising is celebrated every year in Poland by the distribution of yellow paper flower pins (symbolically representing the yellow star).

At the opening of the EESC plenary, today, as newly elected president of the EESC, I encouraged all members to wear their yellow pin to remember.

No civilization can survive and take bold view of its own future if it lacks a sense of memory.  Memory is a warning, but it nurtures positive energies for the future.

Remembering the Warsaw Ghetto uprising is a way to show that we should not take peace for granted. Reconciliation and peace are the greatest achievements of the European Union. By interlinking our economies and interests, by perfecting the art of compromise, we have created the most reliable system for long-term peace in the world.

We should work relentlessly to combat the current threat of global conflicts, flaring up in the light of recent geopolitical shifts.

For the very first time since its creation, the EU is challenged by its first ever divorce (Brexit) and by growing tensions in its neighbourhood and beyond. At home, some fail to uphold fundamental rights, values of freedom and solidarity, democracy and the rule of law. 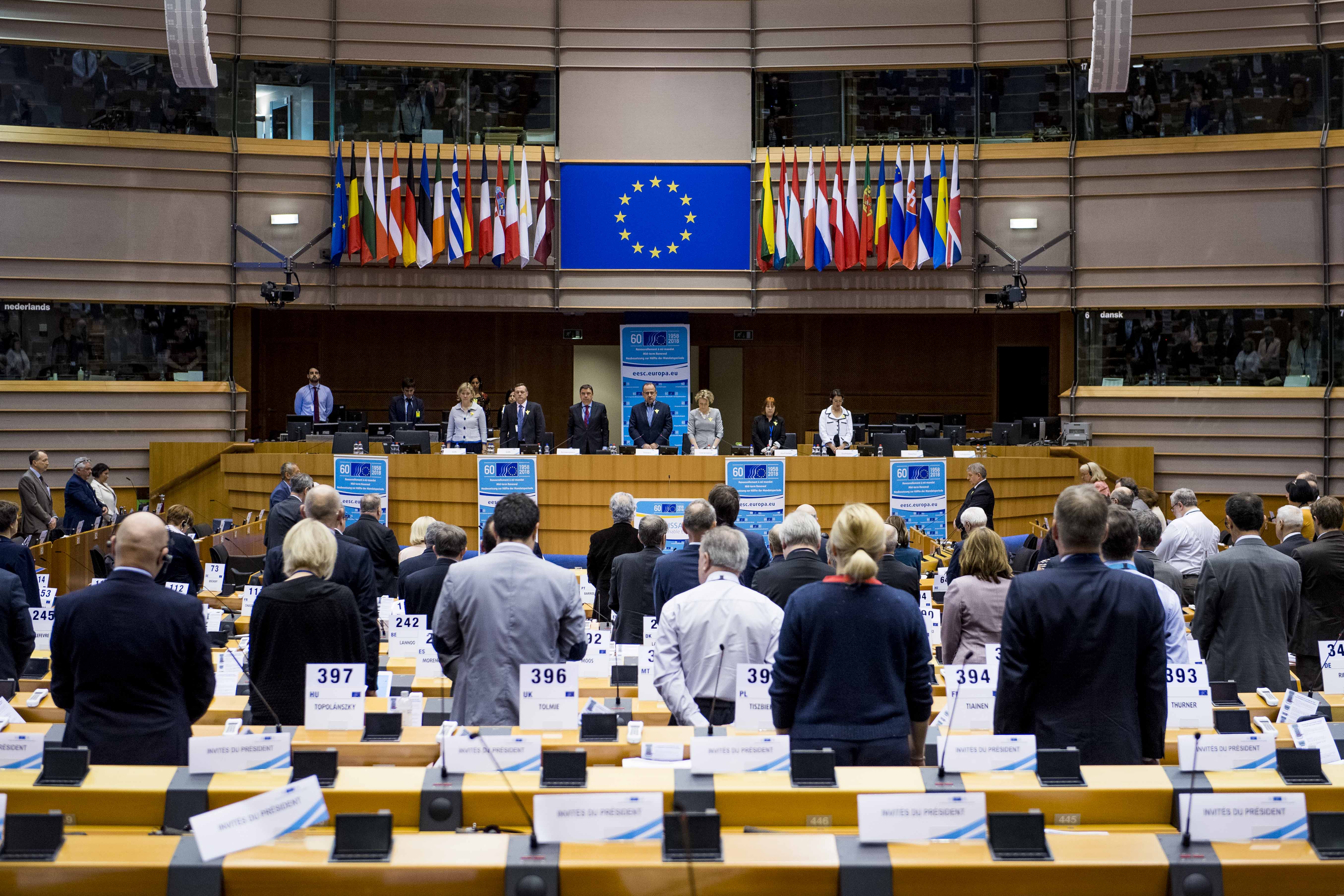 We need a profoundly new human positive narrative. We need to rediscover the word of the French revolution: fraternity. There is no time to waste, as many defeats in history can be summarised in two words: too late.

That is why we need to wear all the yellow daffodils.

I want to thank my colleague and friend Jacek Krawczyk, president of the Employers group in the EESC, for the initiative. "Yellow daffodils symbolise not only the remembrance of the victims of the uprising, but remind us that tolerance and unity are crucial for maintaining peace and prosperity!", said @Krawczyk_EESC.

A minute of silence to commemorate 75th anniversary of the Warsaw Ghetto Uprising. Thank @EESC_President for agreeing to this initiative. pic.twitter.com/uJYJ5B9HxC

Europe must be the frontrunner to avoid Africa’s Corona boomerang