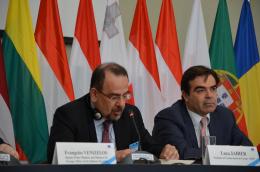 Inaugural speech by President Jahier entitled: "From Austerity to Growth and Recovery: Overcoming the Socio-Economic Consequences of Greece's Crisis" delivered at the Group III extraordinary meeting in Athens, on Thursday 20 March 20104.

Newsletter of the Various Interests Group