The European Economic and Social Committee (EESC) plenary session hosted a debate with Michel Barnier, European Union chief negotiator for Brexit, on 30 October. During the debate, Mr Barnier called for a close partnership between the EU and the UK after Brexit, bearing in mind that peace in Ireland must be a priority and that the integrity of the single market is not negotiable.

Michel Barnier outlined his view of the current status of the Brexit negotiations to the EESC members and insisted that the European Commission was determined to agree on an orderly Brexit, as the risk of Brexit happening without a ratified deal still exists. This could happen not only in January 2020, but also before 31 December 2020 if the EU and the UK failed to reach an agreement on their future relationship and unless the transition period was extended.

Mr Barnier reiterated that, in order to avoid the risk of a no-deal Brexit, the EU had consistently shown a spirit of responsibility and said that the agreement reached with the UK government on 17 October and endorsed by the European Council paves the way for an orderly Brexit, bringing legal certainty at a time when Brexit was creating so much uncertainty for citizens and businesses.

The President of the EESC, Luca Jahier, opened the debate by underlining the important role that civil society representatives could play in a post-Brexit scenario. It is crucial for the relationship built up over the last 44 years with British civil society organisations not only to be preserved, but even strengthened; there's still a long way to go and it will be hard work, but the EESC will always be on your side, Mr Jahier said.

However, Mr Barnier insisted on the idea that Brexit is just a stage, not a final destination. The most important challenge was now to rebuild a new partnership between the EU and the UK, based on two pillars: economic exchange and cooperation in the area of security and defence.

In the field of the economy, the UK had already expressed its intention to reach a free trade agreement with the EU. According to Mr Barnier, such an agreement would only be possible if the UK accepted the principle of zero tariffs, zero quotas and zero dumping, as the main priority for the EU was to guarantee a level playing field.

Regarding strategic cooperation in the areas of security and defence, Mr Barnier reminded members that the UK had repeatedly announced that it would maintain its commitments on European security. Even if the UK was no longer an EU Member State, Mr Barnier expressed his hope that future cooperation would be as close as possible.

According to Mr Barnier, the new partnership would be based on two main priorities: preserving peace in Ireland and protecting the integrity of the single market. The single market is a pillar of the European project; no agreement will ever be reached that puts the single market in danger, he added.

Luca Jahier raised the issue of the Irish border and repeated that a no-deal Brexit would have dramatic consequences for both the EU and the UK, but especially for Ireland and Northern Ireland, where stability and peace would be endangered.

During the debate with EESC members, Stefano Mallia, chair of the Brexit Follow-up Group of the EESC, echoed this idea: Any mistake in Brexit negotiations would cost the EU billions of euros and a lot of jobs, but we are dealing with much more than the economy here: the citizens in Belfast are worried about their security. Mr Mallia also mentioned the important role that the EESC could play in a post-Brexit scenario in guaranteeing the continuity of dialogue with civil society organisations.

Jacek Krawczyk, president of the Employers Group of the EESC, said that the time had come to deal with the consequences of Brexit as companies needed clarity. Oliver Röpke, president of the Workers Group, said that the EU needed an agreement that protects worker's rights, their jobs, and their families and expressed his hope that the EESC's views would be taken on board by the Commission. Arno Metzler, president of the Diversity Europe Group, stressed the importance of keeping the UK on our side, especially in the field of medical or pharmaceuticals achievements that could benefit citizens.

Mr Barnier closed the debate mentioning lessons that could be learnt from Brexit, including the need to always tell people the truth and to take their anger seriously: We must listen to people and not confuse popular sentiment with populism. 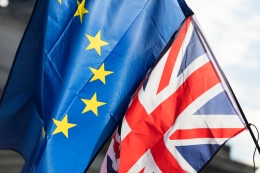 Following the proposal on the Irish backstop made by British Prime Minister Boris Johnson recently transmitted to Jean Claude Juncker, president of the European Commission, the EESC President Luca Jahier and the Chair of the Brexit Follow-up Group Stefano Mallia have issued a joint declaration.