The employers' priorities – a debate with BUSINESSEUROPE and Copa Cogeca representatives 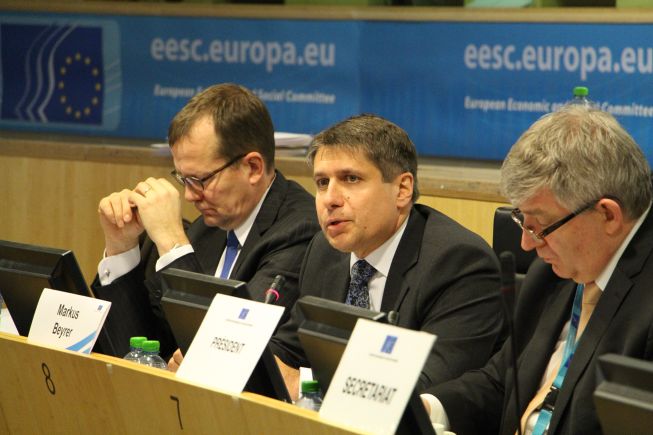 2016 will be a tough year for the EU with numerous challenges ahead. The employers have a role to play in the current situation. The better the EU economy performs, the more the EU can focus on geopolitics or the refugee crisis. Therefore it is crucial for all employers' organisations to ensure that the business environment allows European companies to grow. These were some of the conclusions that emerged from the debate with the heads of BUSINESSEUROPE and Copa-Cogeca that took place during the meeting of the Employers' Group. The representatives of both organisations presented their priorities for the coming months.

Markus Beyrer, Director-General of BUSINESSEUROPE, emphasised that trade remained one of the major drivers we could use to get the EU economy back on track. He hoped that concluding the TTIP agreement with the Obama administration was still feasible despite the difficulties involved. BUSINESSEUROPE was also counting on other FTAs such as CETA and the EU-Japan agreement being reached soon.

The UK referendum and its possible consequences for business, the digital revolution and innovation were listed as further priorities. British business clearly opposed Brexit and was currently focusing on underlining the benefits of EU membership to society. 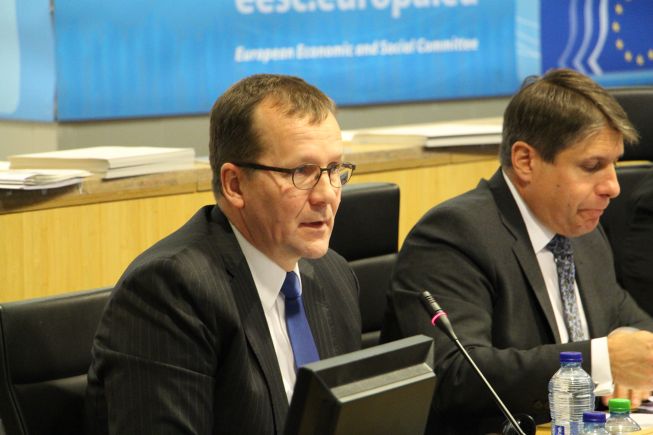 In terms of the digital revolution, BUSINESSEUROPE called for an ambitious shift in EU policies to allow the benefits of the current dynamic changes in global industry to be reaped. According to a BDI study, if we were able to seize the opportunities emerging from the digital revolution, the EU economy might gain EUR 1.3 trillion of added value. According to Mr Beyrer, it was also crucial to bring standardisation more into line with industry needs and to "depoliticise" it. In order to boost innovation in Europe we must change our approach to risk and be more innovative than other parts of the world.

Referring to the TTIP, Pekka Pesonen underlined that only an ambitious and comprehensive agreement was acceptable for Copa-Cogeca members and that it must include stringent European food standards. In his view, the EU should ensure that the international trade environment in general was beneficial for the European agricultural sector. 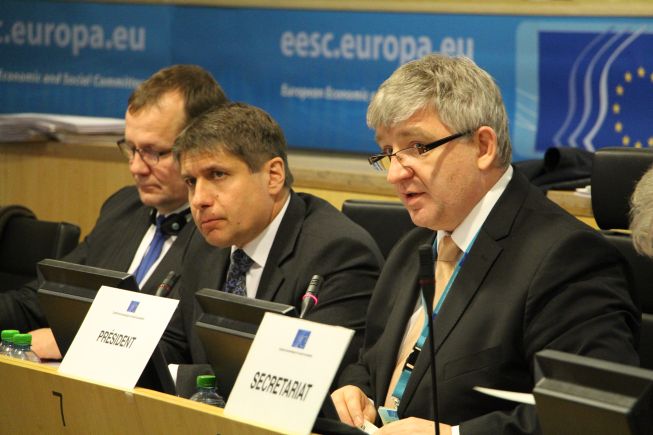 Further completion of the single market (including in terms of labour regulations) was also mentioned as being one of Copa-Cogeca's priorities. According to Mr Pesonen, further labour market reforms were needed, as well as improvements in the educational system and the facilitation of workers' mobility. He also referred to the current refugee crisis, stating that agricultural sectors could contribute in this respect by creating numerous employment opportunities for refugees. He also emphasised that the EU did not use its innovation potential properly. Innovative solutions in agriculture would not only significantly boost its competitiveness but would also facilitate compliance with environmental standards.

Members of the Employers' Group had a number of questions for both speakers, asking, for example, about their positions on the future of the Schengen zone, geopolitical challenges and EU SME policy. Summarising the discussion, Jacek Krawczyk, President of the Employers' Group, underlined the importance of close cooperation between the Group and European employers' organisations.