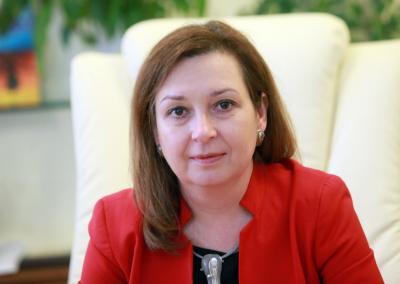 The National Assembly elected Zornitsa Roussinova as President of the Economic and Social Council /ESC/. Mrs. Roussinova served as Minister and Deputy Minister of Labour and Social Policy and will succeed Prof. Lalko Dulevski, who has been leading ESC for more than 17 years since its establishment. The Economic and Social Council is the institution of organised civil society, which since 2003 expresses through its acts and organised consultations the positions of the organised civil society on strategic problems of the economic and social development of the country and the European Union.

In pursuance with the Economic and Social Council Act, Mrs. Roussinova was proposed for President of the ESC by the Council of Ministers after consultation with the three groups in the ESC - employers, trade unions and other organisations, and her term in office is four years.

The new President of ESC Zornitsa Roussinova has significant experience in the management of European funds, international programmes and projects, international cooperation, coordination on European Union issues, preparation and implementation of the Bulgarian Presidency of the Council of the EU in 2018. She has held managerial positions in the Ministry of State Administration and Administrative Reform.

In her activity as Minister and Deputy Minister of the Ministry of Labour and Social Policy, Mrs. Roussinova has conducted a productive dialogue with the representatives of the three main groups represented in ESC.

Zornitsa Roussinova holds a Master's degree in International Economic Relations from the University of National and World Economy. She also has master's degrees in Bulgarian philology and English philology from Sofia University "St. Kliment Ohridski".