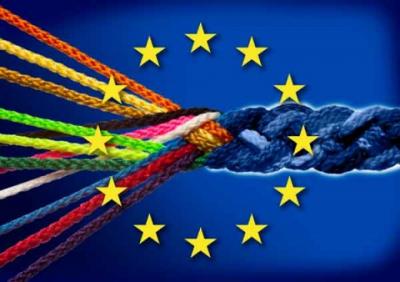 For an urgent and comprehensive European economic recovery plan

The COVID-19 crisis represents first of all a human health emergency, secondly a severe economic and social threat and thirdly a potential challenge for democratic institutions.

Facing this crisis – one of the worst of its history – the EU must be guided by the principle of being considered a community of common destiny. Through this principle, the EESC recalls that it is possible to adopt and coordinate common and solidarity measures to counter the negative health, economic and social effects of the COVID-19 crisis.

In this regard the EESC values the swift response of the European Commission and welcomes all the EU measures announced so far. The EESC however considers these measures as only the first tangible expression of EU solidarity and responsibility towards its citizens, companies and workers, as well as a necessary first vital step in our collective fight against the pandemic.

At the same time, the Committee believes that the scale of the measures and the amount of resources activated must be commensurate with the size of the emergency in order to be effective. We are living in exceptional times, causing unbearable pressure on EU citizens, companies and workers, who rightly fear for their health, their jobs, and the future of their children. This moment calls for strong political leadership and a unanimous act of courage by Europe’s political leaders. Our citizens and indeed history will judge us by what actions we take or fail to take at this incredibly important moment.

The EESC is convinced that – in these times of great uncertainty – only a comprehensive European economic recovery plan would allow the EU Member States, its citizens, companies and workers to best face the consequences of the COVID-19 pandemic and rebuild a more sustainable and resilient European economy.

In the EESC's view, such a recovery plan should include in the first place the following measures targeted at ensuring an appropriate fiscal and monetary policy response throughout the EU that is commensurate with the dimension and objectives of our Economic and Monetary Union:

exploring the full potential of the ESM to actively help all Member States in restoring market confidence through its precautionary credit lines, which should be made available swiftly and without discriminatory conditionality, while appropriately adapting its pricing policy to take into account the current ultra-low market rates;

In line with the position of the European Parliament, the EESC urges the Commission to revise the current EU budget immediately to take the dimension of the COVID-19 crisis into account by:

In addition to the above, it is clear that a fully operational Single Market is more important than ever before and that its completion will be a cornerstone of the recovery. Currently, while safeguarding the health of their citizens, it is vital that Member States establish green corridors that allow the free flow of critical goods and supplies through the Union.

Furthermore the EESC strongly believes that the COVID-19 pandemic has brought to the fore the harsh reality that the EU lacks the necessary rules and conditions to face up to such an emergency in a quick and coherent manner. The harsh lessons being learnt from this health emergency must put on the European agenda the creation of a ‘EU Health Union’.

COVID-19 will have a deep and negative impact on the achievement of the SDGs and the objectives of the European Green Deal. For this reason, the EESC insists on the need to face this urgent threat as soon as possible and focus our recovery efforts without undue delay on the SDGs and the Green Deal.

Maintaining the rule of law and European values

The European Union is based on common European values which are non-negotiable under any circumstances: respect for human dignity and human rights, freedom, democracy, equality and the rule of law. These values cannot be forgotten when the EU and its Member States face an emergency and its fallout in terms of economic and social challenges. While the response to the current crisis needs to be swift and warrants certain exceptional and time-limited measures, these cannot go against the rule of law and cannot endanger democracy, the separation of powers and the fundamental rights of European citizens. The EESC insists that all policy measures in this respect must be fully in line with our common values as laid down in Article 2 of the TEU.

This outbreak is a test of solidarity – political, financial, social and scientific – for the whole European Union. We need to come together to fight a common and existential threat that does not respect borders, ensure that we have the resources necessary to bring this outbreak to an end and to find shared answers to shared problems together.