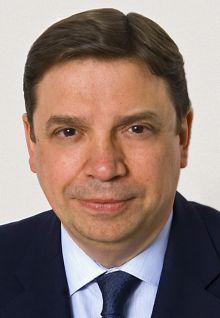 The EESC has appointed Luis PLANAS PUCHADES as Secretary-General. He takes up duty on 1 March 2014.
Mr Planas was minister for agriculture, fisheries and the environment in the regional government of Andalucía (Spain) until September 2013.
Mr Planas is a committed European whose previous work experience has given him a thorough insight into the EU decision-making process: before becoming Spain's permanent representative to the EU in 2010, he was head of the private office of the EU Commissioner for Economic and Monetary Affairs, Pedro Solbes (1999-2004), and that of European Commission Vice-President Manuel Marín, whose remit covered the Mediterranean, Latin America and Asia (1996-1999). Prior to that, he served as a member of the European and Spanish parliaments.
Mr Planas holds a degree in law from the University of Valencia, Spain, and has published various works on the EU and on Spain's EU membership.
Web pages of the Secretary-General