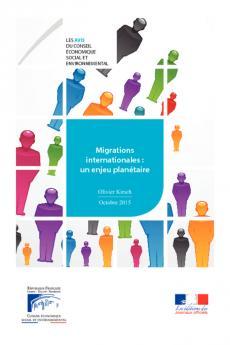 The Section for European and International Affairs of the French ESEC has long been examining the global issue of international migrations. The "migrant crisis”, which has been at the heart of current affairs in Europe since the spring of 2015, mentioned within this Opinion should not distort the overall reality: according to United Nations figures, international migrations involved 232 million people in 2013, which represents hardly more than 3% of the world population and around 9% of that of developed countries.
It was therefore necessary to make a factual report in this Opinion, enabling a view of the major characteristics of migratory phenomena and the development thereof in the world. It includes an examination of the situation in France, including French overseas territories, and in the European Union.
Documents: