ESC proposes that the new European Labour Authority be in Bulgaria 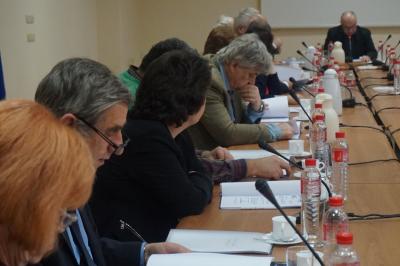 The Economic and Social Council (ESC) recommends that the Bulgarian government propose that the new European Labour Authority (ELA) be established in Bulgaria on the grounds that it will have a strong positive effect in the countries of Central and Eastern Europe most affected by negative phenomena on the cross-border labour market.

In its opinion on the Proposal for a Regulation of the European Parliament and of the Council establishing a European Labour Authority, the Economic and Social Council expressed its support for this initiative. According to ESC, increased cross-border mobility in the EU requires new rules on interactions between Member States and on the management of cross-border labour market processes. ESC noted that there is currently insufficient access to information as well as insufficient transparency regarding the rights and obligations of citizens and businesses. Also, according to ESC, cooperation between national administrative authorities is not sufficiently effective and cross-border enforcement mechanisms or out-of-court dispute resolution mechanisms are weak or lacking at all. At the same time, the countries of Central and Eastern Europe are most affected by fraud linked to the cross-border labour market due to the lack of sufficient information and insufficient capacity of national authorities to combat illegal activities.

ESC supports the ELA's mission to ensure cooperation between Member States for the effective application of European law in the field of cross-border labour market, which will improve labour mobility as part of the fundamental principle of freedom of movement of persons in the EU. In its opinion, ESC noted that every day 1.7 million Europeans travel to work in another EU country. At the same time, in the road transport sector, workers cross-border across the EU for freight or passenger transport and the number of posted workers in 2016 reaches up to 2.3 million persons. These facts are sufficient to justify the need to create ELA.

ESC believes that the European Labour Authority, in addition to providing the necessary protection for companies and workers against fraud (use of dummy companies, of dummy self-employment, etc.), will also strengthen the role of the European Platform for Cooperation and tackling undeclared work.  The opinion stressed that this new European institution will provide a fair, simple and effective way of inspection and enforcement in the field of the European labour market.

ESC supports the idea through ELA to ensure that workers and citizens are guaranteed equal treatment and equal access to employment and social protection opportunities in the EU. According to ESC, the new European Labour Authority will contribute to improving the coordination between national and European institutions in the field of labour mobility and social security, improving access to information about rights and obligations of worker or company related to cross-border mobility and employment. ESC also emphasizes that the benefit of the creation of ELA will be greatest for small and medium-sized enterprises, which are 90% of the registered employment in the European Employment Network (EURES).

ESC also insists that the social partners have a real stake in the operation and the control of the tasks of ELA.

In conclusion, ESC stresses that the creation of ELA is an ambitious project supported by the Member States, whose aim is to strengthen justice and confidence in the single European market.