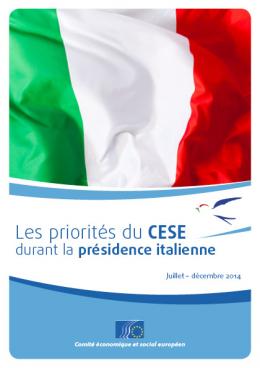 The European Economic and Social Committee is staking its claim to be a committed partner for the Italian presidency of the European Union, thus giving a voice to civil society organisations throughout the next six-month period. 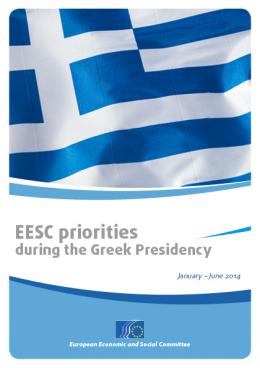 With a critical juncture already fast approaching,the Greek Presidency of the EU represents an opportunity that Europe cannot afford to miss, a chance to influence the direction of change and build a Europe that feels more tangible and familiar to its citizens. At the elections next May,the public will elect a new European Parliament.  These elections will also tell us whether or not Europe has managed to convince its citizens that it is effective and that the European venture has been reinvigorated.

EESC priorities during the Greek Presidency