With the launch of the virtual video exhibition “Voices of Violence” by the Danish Cultural Institute, the European Economic and Social Committee (EESC) is providing a space where the frightening real-life stories of female survivors of violence can be told and heard, with listening and understanding being the first steps towards action and change.

The 2022 prize will reward effective, innovative and creative initiatives which aim to create a better future for European youth and with European youth by tackling the specific needs of young people and contributing to their empowerment and participation in all spheres of economic and social life (category 1) or help civilians suffering as a result of the war in Ukraine (category 2). 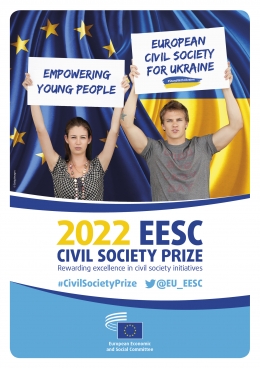 Communicating fundamental rights and the rule of law

Over the last years, the EU founding values have been increasingly challenged, making the consensus on which they are based seem more fragile than ever. While the EU has addressed these threats by becoming more active in defence of democracy, fundamental rights, the rule of law, discourses have also risen portraying such action as political battles based on unclear or relative criteria.

Participants in the hearing will discuss how to address this phenomenon, and more generally how to better communicate fundamental rights and the rule of law to the whole population. 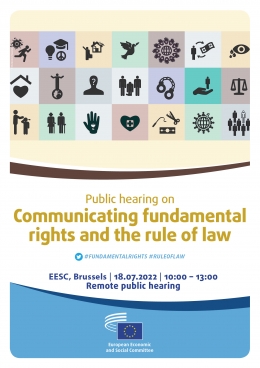 The objective of this online event - held in the context of the United Nations High-level Political Forum on Sustainable Development (HLPF) - is to take stock of EU progress towards Sustainable Development Goal (SDG) 15, in order to come up with a new set of proposals to reinvigorate the EU trajectory through strategic and cooperative approaches.

In order to examine and reaffirm the societal contribution of volunteers, on 7 July 2022, the Civil Society Organisations' Group of the European Economic and Social Committee will host a conference entitled Volunteers – citizens building the future of Europe, in Gdańsk, Poland. This conference is a part of a three-day mission to Gdańsk - the European Capital of Volunteering 2022. 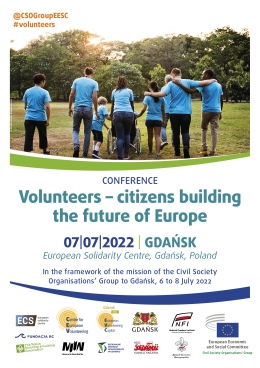 Affordable and sustainable housing in the EU

This conference will be co-organised by the European Economic and Social Committee and the Ministry of Economics of Latvia and it will bring together local, national and European actors to discuss the challenges and solutions of building sustainable and affordable housing. A special focus will be put on the role of civil society organisations and local authorities on the ground in achieving ownership, bottom-up participation in housing policies, proper information to the direct beneficiaries and financing facilitation. 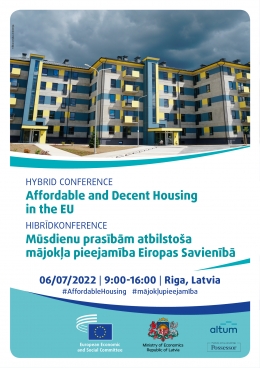 The rule of law: why should we care?

Representation of the European Commission in Slovakia, Palisády 29
811 06 Bratislava
Slovakia

Participants in the hearing will discuss how fundamental rights and the rule of law are interconnected and ineffective without each other. Speakers will offer an overview of key rule of law principles and what they mean for the daily lives of the European population. They will also discuss the various factors which are used to measure a country's performance in the area. Finally, they will evoke the current trends in Slovakia, in the Visegrad Group region, and in the European Union in general.

This hearing will be an in-person meeting (no online connection) in Bratislava, Slovakia. Places are limited – should you be interested in taking part, please contact EESC-rights-Rule-Law. 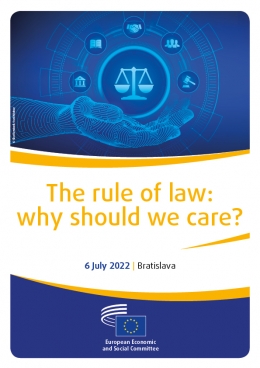 The role of family members caring for people with disabilities and the elderly:

the explosion of the phenomenon during the pandemic
Interactio and Room JDE 60, EESC building, Rue Belliard 99, 1040
Brussels
Belgium

In order to prepare its own initiative opinion on "The role of family members caring for people with disabilities and the elderly: the explosion of the phenomenon during the pandemic", the EESC is organising a remote public hearing on 4 July 2022 from 9:30 am to 1 pm.

The aim of the event is to gather input from policy makers, civil society organisations and social partners, which will feed into the EESC's opinion.

Your participation and input are most welcome!

Youth in the post-war reconstruction process

The webinar will take place in the context of the European Year of Youth and the war in Ukraine.